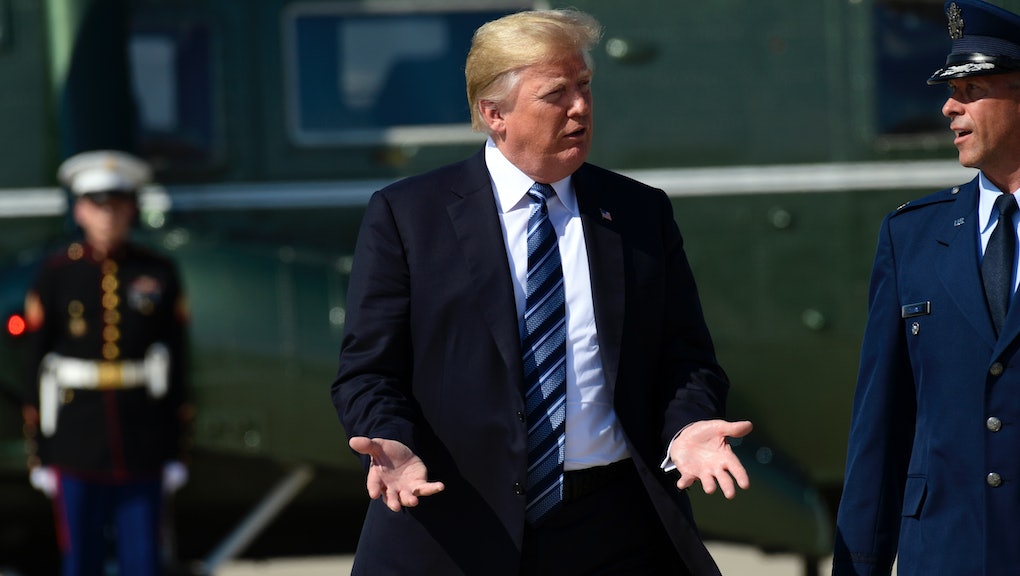 Mic Daily: Trump administration plans to erase limits on child detention — and other news of the day

In a move that would effectually allow the government to detain migrant children indefinitely, the departments of Homeland Security and Health and Human Services announced on Thursday plans to withdraw from the Flores Settlement Agreement.

Out of 192 fashion print ads for fall 2018, only seven plus-size models — a mere 1.3% — were featured, according to analysis in the Fashion Spot’s biannual diversity report.

The bombshell anonymous New York Times op-ed published Wednesday afternoon is said to speak for many in President Donald Trump’s White House. Yet none will attach their name to it — perhaps because their Cabinet-level job would be “jeopardized” if they do.

Vice President Mike Pence, Secretary of State Mike Pompeo and Director of National Intelligence Dan Coats have each denied authoring the op-ed, which detailed an anti-Trump “resistance” within the administration.

Brown didn’t turn his camera on until after using the Taser on Gowdy, approximately five minutes after he learned of the shoplifting attempt, according to local news outlet WCPO. Both Brown and Gowdy are black.

Halloween is less than two months away, but already the tale of Colin Kaepernick is a ghost story that won’t stop haunting the NFL — and for good reason.