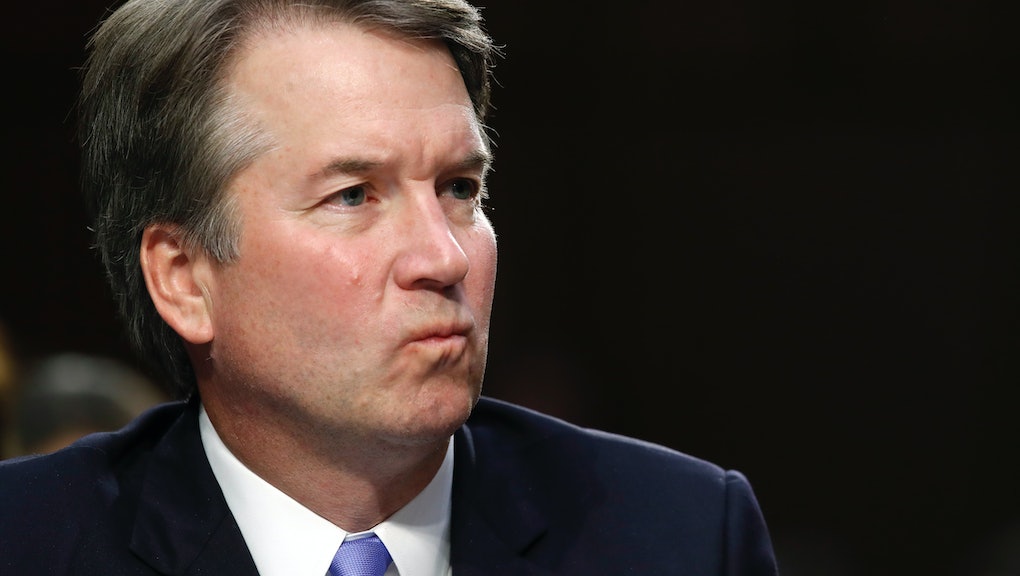 About last night: Trump will refuse to answer any questions Mueller has on obstruction

Rudy Giuliani, one of Trump’s personal lawyers, said on Thursday that Trump won’t answer any questions — whether they be in person or in written form — about whether he obstructed justice by trying to end the Russia investigation, the Associated Press reported.

“That’s a no-go. That is not going to happen,” Giuliani told the AP. “There will be no questions at all on obstruction.”

Special counsel Robert Mueller’s team has been negotiating with Trump’s lawyers for months to get Trump to sit for an interview for his investigation.

Giuliani’s flat out refusal to allow Mueller to ask any questions about the obstruction of justice probe is the most definitive answer yet from Trump’s legal team. It now leaves Mueller in the position of deciding whether to subpoena the president — a move that may lead to a legal battle that could go all the way to the Supreme Court.

Experts also say it’s a telling sign that Trump’s team is worried about that line of questioning.

“Giuliani’s statement that Trump will not even answer *written* questions about obstruction is revealing,” Renato Mariotti, a former federal prosecutor, tweeted. “It suggests Trump’s lawyers couldn’t write an answer for him that is not incriminating, consistent with the other evidence, and won’t be contradicted by him in the future.”

Senators completed their grilling of Supreme Court nominee Brett Kavanaugh on Thursday — a day that began with theatrics surrounding the release of documents from his tenure in former President George W. Bush’s White House and that ended with Americans learning a bit more about the nominee’s personal beliefs that could impact his rulings, should he be placed on the country’s highest court.

One email that Republicans had initially kept from public view by marking it “committee confidential” revealed that Kavanaugh has admitted that Supreme Court precedent is not binding, and that it’s possible for justices to overturn Roe v. Wade, the landmark decision guaranteeing people the right to an abortion.

Later in the hearing, Sen. Ted Cruz (R-Texas) asked Kavanaugh about a 2015 case on contraception that he heard as a member of the D.C. Circuit. Kavanaugh wrote a dissent in that case, Priests for Life v. Department of Health and Human Services, saying he believed that employers had the right to deny birth control coverage to their employees on religious grounds.

Kavanaugh described the case and why he sided with the religious group that did not want to provide birth control coverage to its employees.

“That was a group that was being forced to provide certain kind of health coverage over their religious objection to their employees,” Kavanaugh said at the hearing. “And under the Religious Freedom Restoration Act, the question was first ‘was this a substantial burden on the religious exercise,’ and it seemed to me quite clearly it was. It was a technical matter of filling out a form, in that case filling out the form would make them complicit in the provision of the abortion-inducing drugs that they were as a religious matter objecting to.”

“Kavanaugh just referred to birth control as ‘abortion-inducing drugs,’ which is not only an anti-science lie, it’s an anti-choice extremist phrase that shows that our right to access both abortion and contraception would be in SERIOUS danger if he is confirmed,” NARAL, an abortion rights group, tweeted. ”#StopKavanaugh.”

Nevertheless, Kavanaugh is still likely to be confirmed. No Republicans have come out against his nomination, and if every Republican votes to confirm Kavanaugh, he’ll be seated on the Supreme Court.

After a handful of surprise upsets from progressive challengers, all eyes were on Democrat Kerri Evelyn Harris and whether she could topple longtime Democratic Sen. Tom Carper in a primary Thursday night in Delaware.

But the laws of political gravity held, and Carper easily bested Harris, 64.6% to 35.4%, according to the New York Times.

It’s not surprising that Carper bested Harris. He has been a statewide elected official in Delaware since the early 1980s who vastly out-spent Harris. Carper spent more than $3.3 million on his bid, compared to Harris’ paltry $69,000. Given that Harris is a political unknown, that just wasn’t enough to beat a name like Carper, who had the backing of former Vice President Joe Biden, who served as a senator from Delaware for decades.

With primaries almost over, Harris was one of the final chances progressive Democrats had to oust an “establishment” Democratic figure. The next and final big moment progressives have is in New York on Sept. 13, when actor and activist Cynthia Nixon will try to topple New York Gov. Andrew Cuomo in a primary. Polls have Nixon down double digits.

Deny, deny, deny: Trump Cabinet officials are all denying that they are the author of the controversial anonymous op-ed that said there is a resistance movement within the White House to protect Americans from Trump’s worst impulses. It’s worth mentioning that FBI Associate Director Mark Felt — better known today as Deep Throat, the source who leaked information that helped lead to the ultimate downfall of former President Richard Nixon — also denied he was the leaker at the time. It wasn’t until decades later, in 2005, that Felt revealed himself as the source.