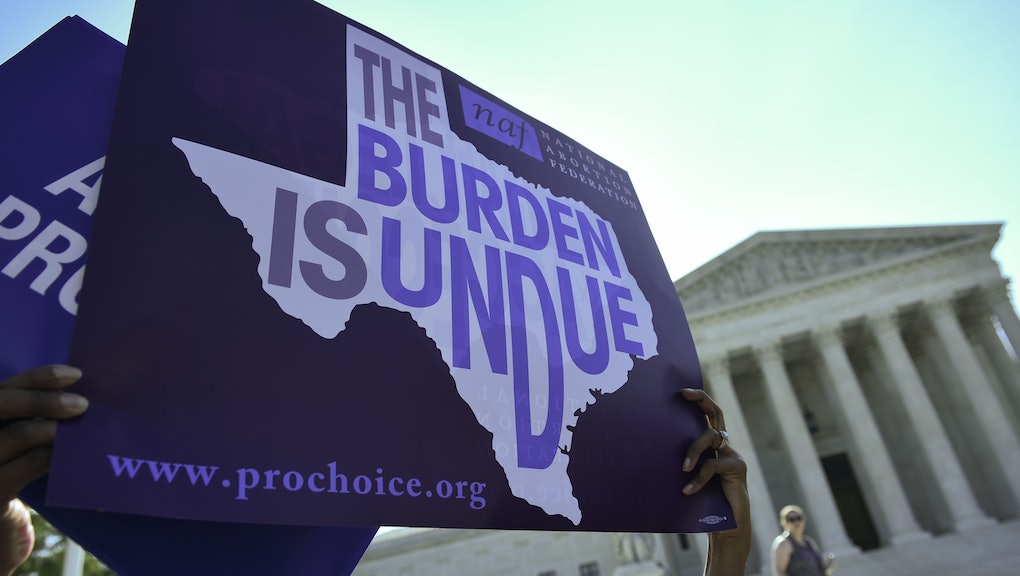 Texas fetal burial law gets struck down, could head to the Supreme Court — and Brett Kavanaugh

A federal judge in Texas permanently struck down the state’s fetal burial law Wednesday, which required health facilities to inter or cremate fetal remains from pregnancies before 20 weeks resulting from abortion or miscarriage.

In his ruling, U.S. District Judge David Alan Ezra said the burial requirement was in violation of the Equal Protection and Due Process clauses of the U.S. Constitution, as it “impose[s] significant burdens on women seeking an abortion or experiencing pregnancy loss.”

“The evidence in this case overwhelmingly demonstrated that if the challenged laws were to go into effect now, they would likely cause a near catastrophic failure of the health care system designed to serve women of childbearing age within the State of Texas,” Ezra wrote.

By imposing the fetal remains requirement on health care facilities, Ezra noted the law required facilities to use “unreliable and nonviable waste disposal options” that could prevent them from offering surgical care for abortions and miscarriages, and could force the closure of women’s health centers “unable to cobble together a patchwork of funeral homes, crematoriums and cemeteries to meet their disposal needs.”

According to the court, the requirement would also “impose intrusive and heavy burdens” on women whose beliefs on miscarriage, abortion and what should be done with fetal remains differ from the state of Texas’ beliefs on abortion and respect for fetal life. These “significant burdens on abortion access ... far outweigh the benefits the challenged laws confer,” the ruling noted.

Wednesday’s ruling permanently blocked the fetal burial requirement, which Ezra had previously issued a temporary injunction against in January. The burial provision passed in 2017 and was initially supposed to go into effect Feb. 1.

“Make no mistake, these restrictions were designed to shame and stigmatize patients and health care providers,” Hagstrom Miller said in a statement quoted by the Texas Tribune. “This decision reaffirms that Texan women are fully capable of making their own personal medical decisions about their families, futures and reproductive health care.”

Texas Attorney General Ken Paxton vowed in a statement Wednesday that this was not the end of the road for the Texas law.

“I remain confident the courts will ultimately uphold the Texas law, which honors the dignity of the unborn and prevents fetal remains from being treated as medical waste,” Paxton said.

Paxton’s commitment to appeal the ruling means that the Texas law could potentially end up before the U.S. Supreme Court — and its potential new justice Brett Kavanaugh.

Abortion rights has become a major source of contention concerning Kavanaugh’s confirmation to the Supreme Court; if confirmed, Kavanaugh is expected to provide the deciding vote in cases concerning women’s health and abortion rights.

During his confirmation hearing before the Senate Judiciary Committee, Kavanaugh defended the landmark abortion ruling Roe v. Wade as an “important precedent,” though a 2003 email that was initially blocked from public release showed the nominee suggesting Roe was not settled law.

Kavanaugh also referred to birth control pills as “abortion-inducing drugs” during his hearing Thursday, which abortion rights group NARAL described as an “an anti-choice extremist phrase.”

While much of the attention has focused on Kavanaugh overturning Roe, abortion advocates have also highlighted how the judge’s Supreme Court votes could substantially weaken abortion rights without outright overturning the right to obtain an abortion.

In federal appeals court, there are at least 13 abortion-related cases, which concern such issues as waiting periods for abortion, preventing undocumented immigrants from obtaining an abortion and banning the “dilation and evacuation” abortion procedure. Each of the cases could reach the Supreme Court and should Paxton appeal the fetal burial ruling, the Texas case could soon be added to that list.

“What we have seen over the last two decades is a concerted strategy that would dismantle Roe vs. Wade piecemeal — not in one fell swoop, but rather a death by a thousand cuts,” New York University law professor Melissa Murray testified Friday during Kavanaugh’s Senate hearing. “[Kavanaugh’s] nomination is the culmination of that decades-long effort to destroy Roe v. Wade incrementally, without necessarily formally overruling it.”