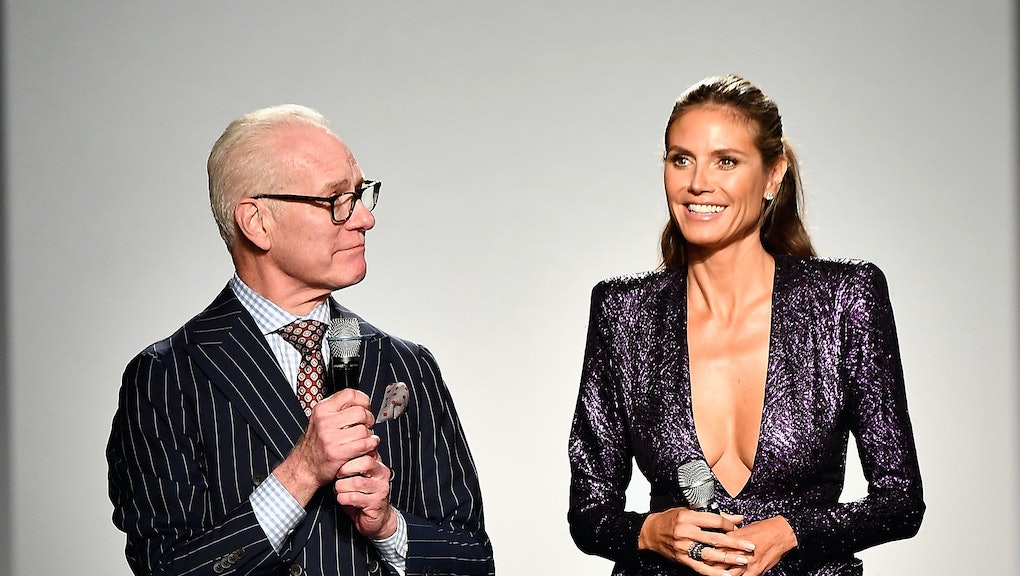 “After 16 incredible seasons, I am saying ‘Auf Wiedersehen’ to Project Runway, a show that I was honored to host and help create,” Klum said in a statement, according to Entertainment Weekly.

“I am incredibly proud of the show, and it will always have a special place in my heart. I am so appreciative of the dedicated fans, and most of all, I am grateful that we could shine a light on creativity and help launch so many talented designers’ careers. I’m most excited that my journey with my dear friend and colleague, Tim Gunn, is far from over. We will be partnering with Amazon for a new show, and we’re excited for everyone to see what we’re designing next!”

In his own statement, Gunn said he was “grateful to Project Runway for putting me on a path I never, in my wildest dreams, thought my career would take me.”

“I am so proud to have been a part of the groundbreaking process that showcased talented young designers as never before,” he said. “Most importantly, I am indebted to our incredible fans, they are the heart and soul of what we do, and continue to inspire us to raise the bar in this arena.”

Klum and Gunn have been fixtures on Project Runway since its inception, and have seen the series through its network switch from Bravo to Lifetime. Earlier this year, Bravo announced that Project Runway would return to the network for its upcoming season, and it looks as though the plans will continue even without Klum and Gunn.

In a statement, Bravo said the series “ will continue its iconic impact with Bravo’s reboot for the next generation of designers and fans. We are excited to announce our new host and mentor very soon,” Entertainment Weekly reported. Whether the show will be able to draw an audience without its mainstays is another story.