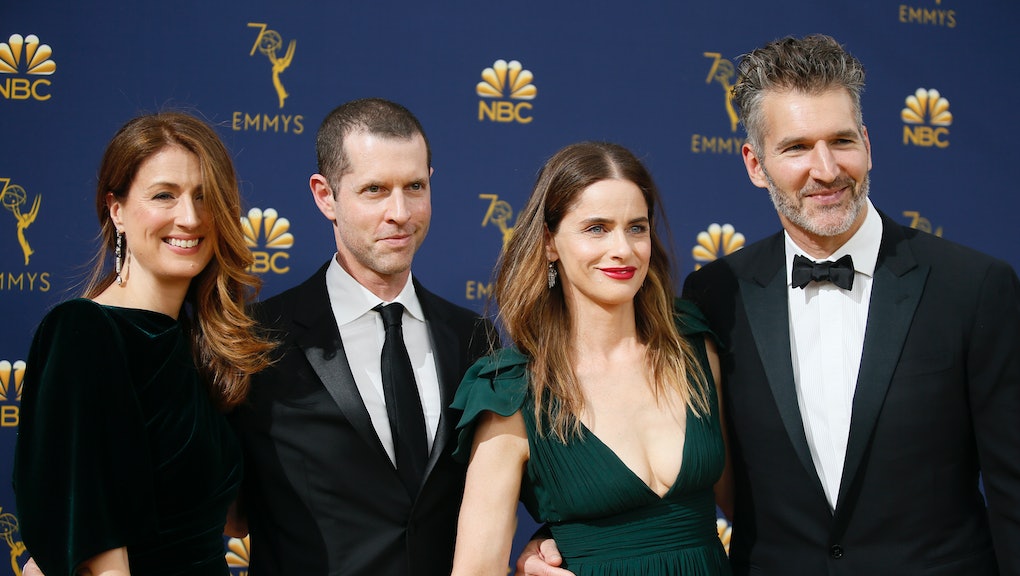 Co-creators and showrunners David Benioff and D.B. Weiss stood at the front of the stage to thank the cast and crew of the show, flanked on one side by author George R.R. Martin, who writes the book series that inspired the show.

It was a somewhat predictable turn for a category that could’ve been interpreted as a showdown between two shows: Game of Thrones, which won the outstanding drama Emmy in 2015 and 2016, and Hulu’s The Handmaid’s Tale, which won the award in 2017.

This was the first year the two shows squared off against each other, since Game of Thrones was ineligible for last year’s Emmys, because its seventh season debuted in July 2017, which was past the eligibility window for that year’s competition.

Other shows nominated in the outstanding drama series category this year included The Americans, The Crown, Stranger Things, This Is Us and Westworld.