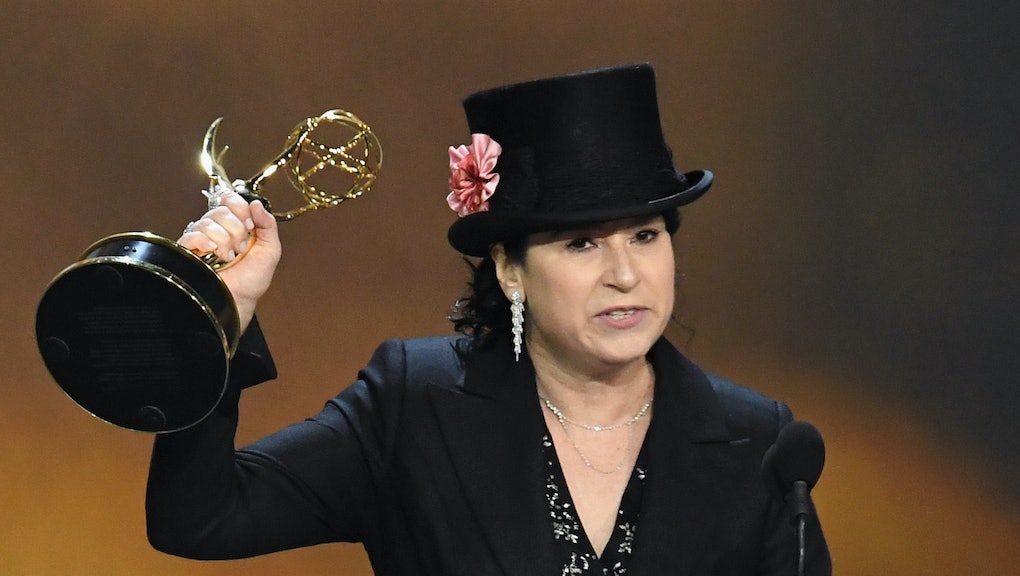 It was Palladino’s second award of the night — she won for comedy writing — also for The Marvelous Mrs. Maisel. In her second acceptance speech, Palladino thanked her husband and cast, many of whom were in the audience.

Donald Glover won the comedy directing Emmy in 2017 for the Atlanta episode “B.A.N.,” which made him the first black person to collect a trophy for that category. In each of the two years before that, Transparent’s Jill Soloway won the award for directing the episodes “Best New Girl” and “Man on the Land.”