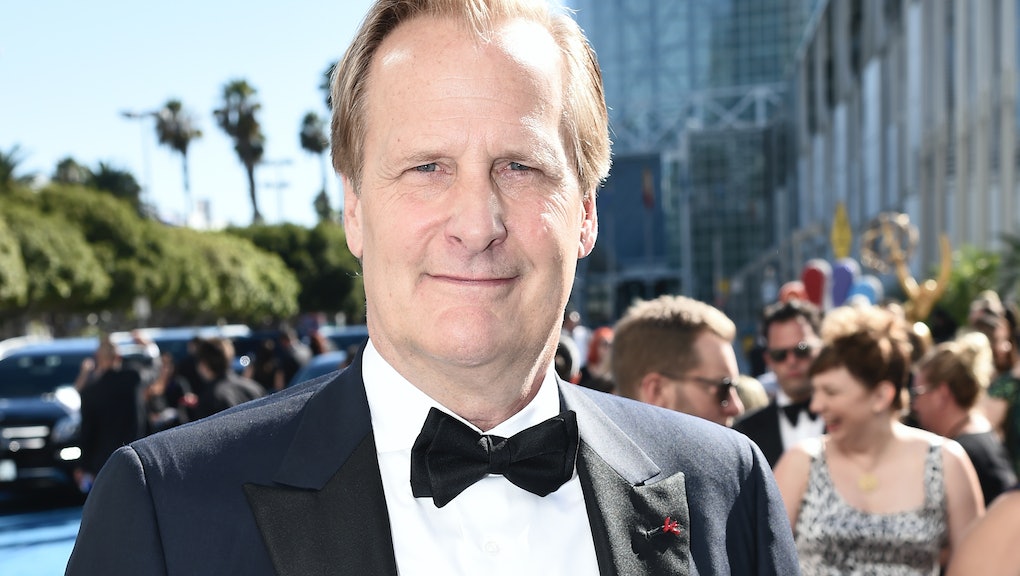 On Monday night, Jeff Daniels won the Emmy for outstanding supporting actor in a limited series or movie for his role as Frank Griffin on Netflix’s Godless.

While accepting his award, Daniels focused his acceptance speech on his experience learning how to ride a horse for his role playing Griffin.

“Little tip for you young actors, when they call and say, ‘Can you ride a horse?’ Don’t lie. You will find on day one, you’re in the Kentucky Derby,” Daniels said.

“I’d also finally like to thank my horse Apollo. He was Jeff Bridges’ horse on True Grit. Three times he threw me off the horse. Three times, the third and last time, I broke my wrist. Literally broke my wrist. It was my left wrist. It’s now officially healed,” Daniels proclaimed while holding his trophy.

In recent years, this award has gone to Sterling K. Brown — for his role as Christopher Darden in the first season of FX’s The People v. O.J. Simpson: American Crime Story — and Alexander Skarsgård, for his performance as Perry Wright in HBO’s Big Little Lies.