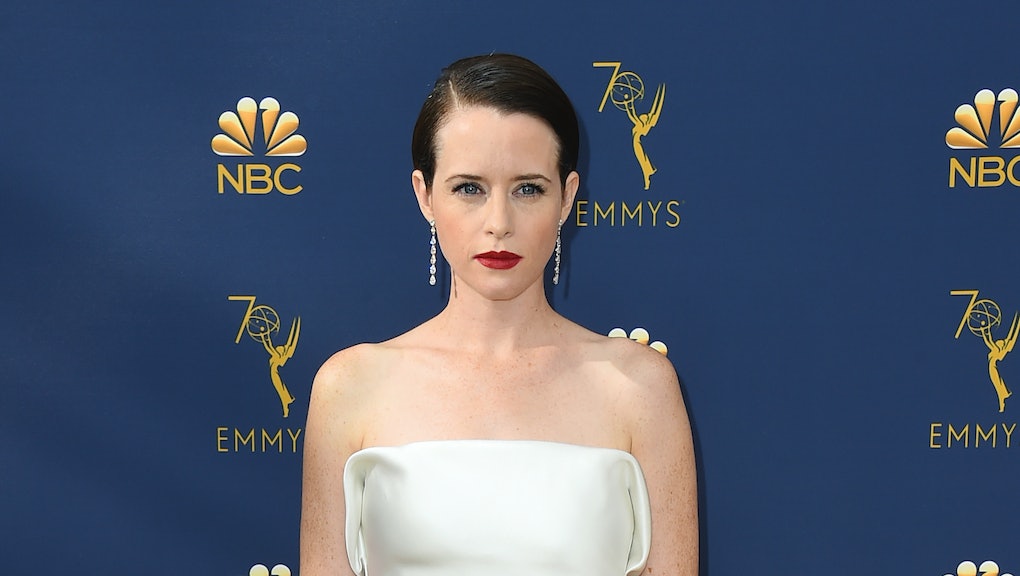 Claire Foy won the award for outstanding lead actress in a drama series at the 70th annual Emmy Awards Monday night for her role as Queen Elizabeth II in Netflix’s The Crown.

During Foy’s acceptance speech, she reacted to winning the award over Sandra Oh, who is the first Asian actress to be nominated in the category.

“This wasn’t supposed to happen,” Foy said. “I just felt so proud of ... being in the company of such extraordinary performances and I know everyone’s talking in the moment about women in the industry but if that’s nothing to go by, bloody hell. And that’s technically not swearing. But Sandra Oh, I just love you,” she continued.