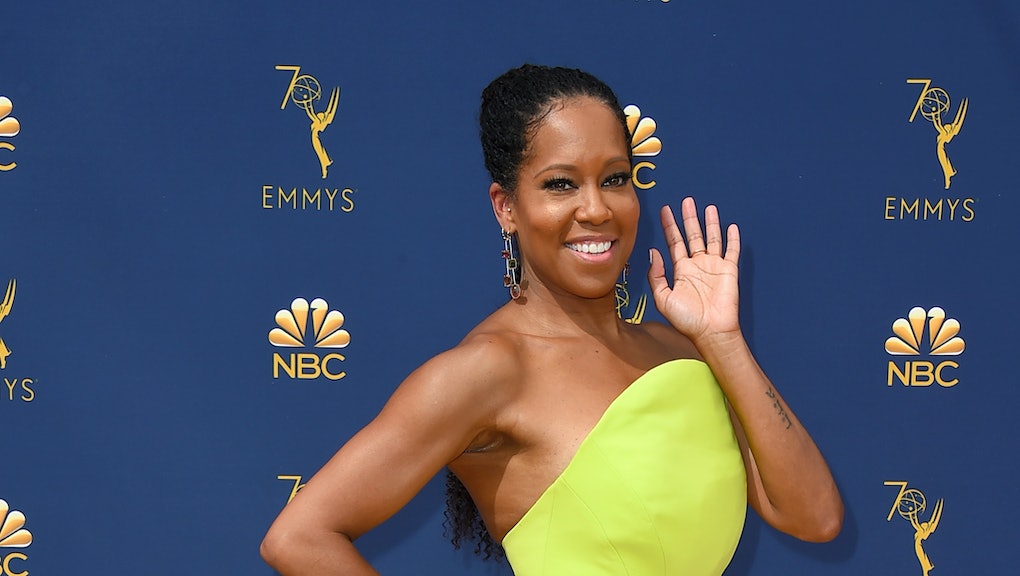 Regina King won the award for outstanding lead actress in a limited series or movie at the 70th annual Emmy Awards on Monday for her role in Netflix’s Seven Seconds.

As she accepted the award onstage, King thanked Netflix and Seven Seconds creator Veena Sud, saying, “Thank you for creating an opportunity to tell a story and hold a mirror up to what’s going on today.”

In Seven Seconds, King plays the mother of a young boy who’s killed by a police officer in a hit-and-run. Despite earning positive reviews and now an Emmy, Netflix announced the series’ cancellation in April.

Nicole Kidman took home the same award at the 2017 Emmys for her role in HBO’s Big Little Lies.