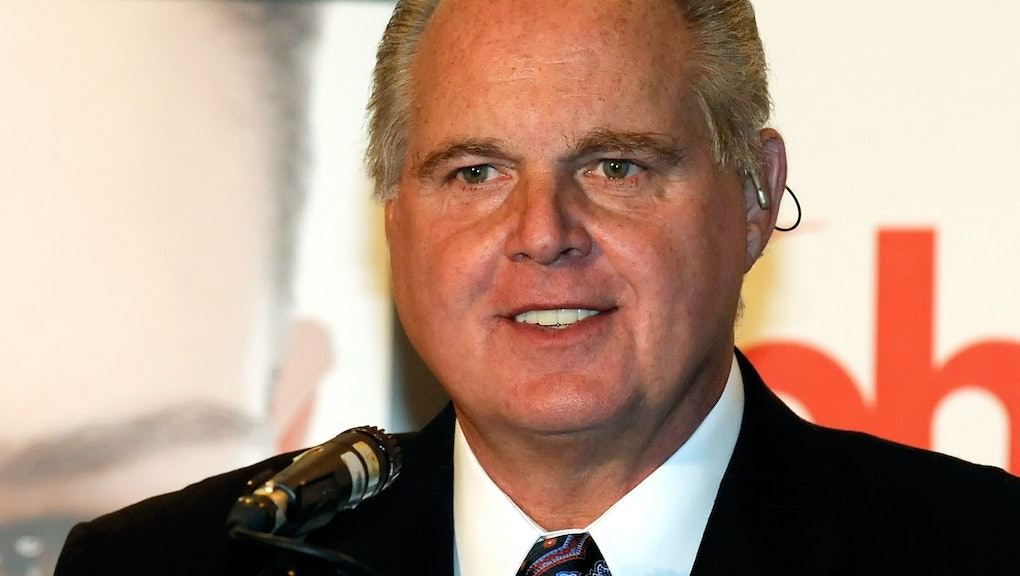 As Hurricane Florence races toward the Carolina coastline, conservative radio pundit Rush Limbaugh is once again spouting fake and dangerous conspiracy theories that hurricane forecasting is an attempt by liberals to get the public to believe in climate change.

“Hurricanes and hurricane forecasting is like much else that the left has gotten its hands on, and they politicize these things,” Limbaugh said Tuesday on his radio show. “For those of you asking, ‘What’s the politics of a hurricane?’ Climate change is the politics of a hurricane. The forecast and the destruction potential doom and gloom is all to heighten the belief in climate change.”

There is absolutely no evidence that the forecast for Hurricane Florence is a liberal attempt to scare people into believing climate change is real.

The National Weather Service predicts Florence could bring “life-threatening, catastrophic flooding,” with rainfall totals upward of 20 inches in parts of the Carolina coast.

“These numbers are hard to comprehend,” the NWS tweeted Wednesday.

President Donald Trump himself is also warning the millions of people along the Carolina coast to believe the reports and evacuate.

“Get out of its way,” Trump said in a video message posted to Twitter on Wednesday morning. “Don’t play games with it. It’s a big one. It may be as big as they’ve seen.”

This is not the first time Limbaugh has tried to politicize hurricane forecasts.

In 2017, when Hurricane Irma was headed for Florida, Limbaugh had questioned the reports about the storm’s strength.

“There is a desire to advance this climate-change agenda,” Limbaugh said at the time, according to the Daily Beast in September 2017. “And hurricanes are one of the fastest [ways] to do it.”