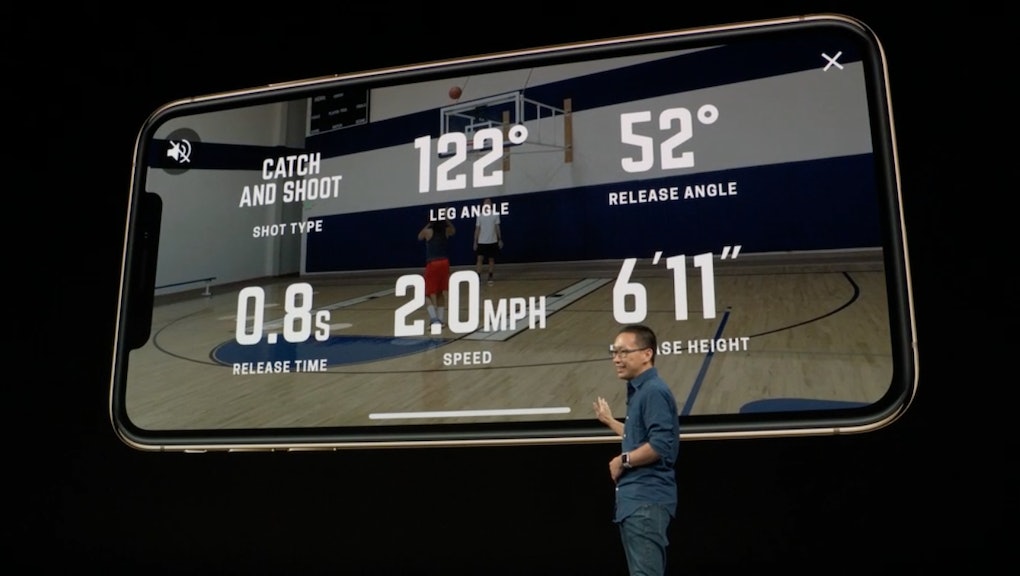 The new iPhone and Apple Watch have been revealed. These are the 5 coolest features.

Apple announced the iPhone XS, XS Max and XR at its keynote presentation in California on Wednesday. The company also used the press conference to reveal an update to its wrist wearable, the Apple Watch Series 4.

Introducing the new devices, Apple showcased videos of the new features being added to the iPhone and Apple Watch line of devices. As usual, the new devices are largely similar to the products before them, but do offer some key new features that may entice some to upgrade.

Add a blurred background, even after you take the photo

In 2017, Apple introduced portrait selfies with the iPhone X, which allowed users to blur the background of their self shots. The camera software on the new devices, Apple’s iPhone XS and XS Max, will let you blur the background after the fact. Apple’s compare page notes that the older iPhone X doesn’t have access to the “portrait mode with advanced bokeh and depth control” features.

If you fall, the Apple Watch has you covered

The Apple Watch will now detect when you’ve fallen. By examining when your arms are suddenly thrust in front of you and moving at a rapid pace, the wearable will use the accelerometer and gyroscope to detect if you’ve tripped, slipped or fallen over. When you do, the device will surface a prompt asking if you’d like to call emergency services. If you don’t respond within 60 seconds, the call will be placed automatically.

Apple showed off augmented reality apps as part of its Wednesday keynote. One such app was Homecourt, the basketball app that lets you analyze your game. Apple showed off how, using the iPhone’s camera, release time and release angle, users could track shot type, leg angle, speed and release height. The company also showed how users could play games in the world around them using their phone’s camera.

Apple’s Watch is better at checking your heart, and it’s using FDA-approved technology

The Apple Watch Series 4 has built-in electrocardiogram features, allowing the device to read electrical heart impulses through your fingertip. Through the Health app, users can send a PDF version of their sinus rhythm to a doctor, Apple showed onstage. Dr. Ivor Benjamin, president of the American Heart Association, took to the stage to help introduce the features. Apple noted that the heart-detecting features in the new Apple Watch have been FDA-approved.

Better battery life across the board