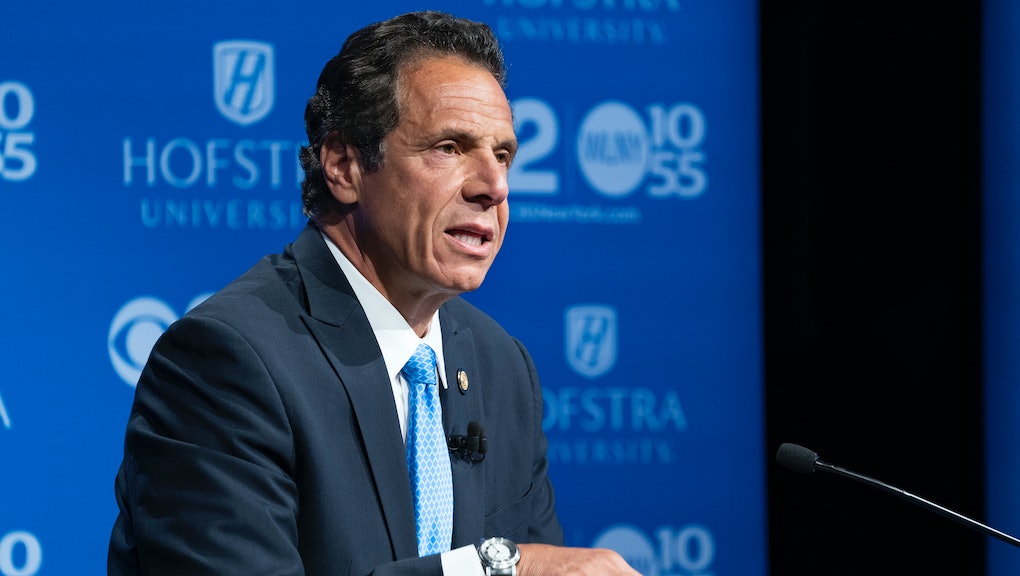 The Democratic gubernatorial primary in New York will come to a close on Thursday, after months of sniping between Gov. Andrew Cuomo and his opponent, actor and activist Cynthia Nixon.

The race got ugly in the final days, after the New York Democratic Party sent a mailer accusing Nixon of not standing up to anti-Semitism. Cuomo denied knowledge of the mailer, but the New York Post reported that one of Cuomo’s closest advisers was the one who approved it — calling his denial into question. Many condemned the mailer as “beyond the pale,” including the rabbi of the temple Nixon attends in New York.

“Cynthia is no anti Semite. It’s a baseless lie,” reads a joint statement from Rabbi Sharon Kleinbaum and her wife, Randi Weingarten, the head of the American Federation of Teachers. “Further, speaking as lifelong Democrats, this is not who our party is — using divisive and baseless smears to divide people and promote fear.”

Aside from the mailer, Cuomo also came under fire in the final days of the race for rushing to open up a new span of the Tappan Zee Bridge by offering “sweeteners” to the contractor, despite the fact that opening the new bridge could have been dangerous and led to traffic accidents, according to the New York Times.

Nevertheless, polls show Cuomo with a commanding lead — averaged at 38.5%, according to RealClearPolitics. A Nixon win would mean a massive failure by the polling community. And even those who back her bid are speaking in tones that sound resigned to her loss.

On Wednesday night, the Working Families Party, a progressive political party in New York that switched its allegiance from Cuomo in 2016 to Nixon in 2018, sent out an overview of the race that highlighted the policy changes Cuomo has adopted thanks to Nixon’s primary, rather than predicting she’ll win.

“The Governor spent years building up a $31 million war chest, and that much corporate money has an impact,” WFP political director Bill Lipton said in an email to WFP committee members obtained by Mic. “But even if Cuomo comes out on top tomorrow, the world has changed around him: He will likely face a new political reality where he is no longer king.”

While a Cuomo victory looks preordained, the race for state attorney general most definitely does not.

That contest to be the state’s chief law enforcement officer has come down to a three-way race between New York City Public Advocate Tish James, Rep. Sean Patrick Maloney and attorney Zephyr Teachout.

Polls show that race to be close, and it’s conceivable that any of the three could win. James has the backing of Cuomo, while Teachout is endorsed by Sen. Bernie Sanders (I-Vt.). Maloney is the more moderate of the bunch, and a win could jeopardize Democratic control of his House seat in upstate New York, in a district where President Donald Trump carried by a slim 2-point margin in 2016.

Whoever wins today will likely be a foil to Trump, with the power to investigate his Manhattan-headquartered business. That will give whomever wins a launching pad for higher office, whether that be the governorship down the road, or a higher federal office.

Republicans’ control of the state Senate is also at risk.

A group of rogue Democrats who were members of what they called the “Independent Democratic Conference” caucused with Republicans, giving Republicans more control of the chamber and thus the ability to foil progressive legislation.

The IDC technically “disbanded,” but each of the eight members of the group face a primary on Thursday.