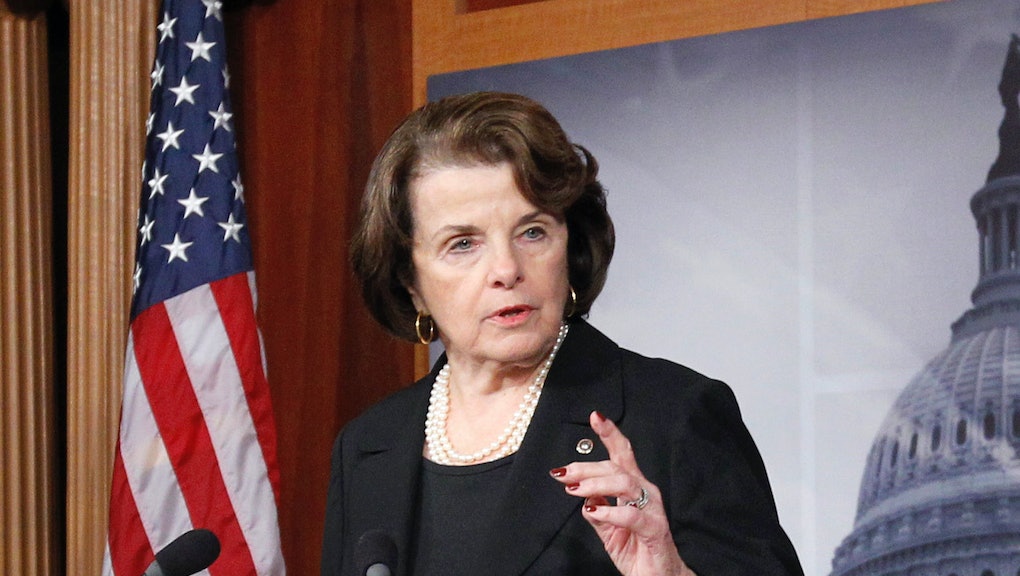 Feinstein, the ranking Democrat of the judiciary committee, said she received the information about Kavanaugh, President Donald Trump’s latest Supreme Court pick, from an individual who had “strongly requested confidentiality, declined to come forward or press the matter further,” and said she would honor the request for anonymity. She declined to elaborate on what the information pertained to or why she referred it to investigators.

Feinstein has reportedly kept the letter closely guarded — even from other Democrats on the judiciary committee. On Wednesday, the Intercept reported an unconfirmed rumor that the letter had been penned by someone in the employ of Stanford University who had written on an incident that had allegedly taken place between Kavanaugh and a woman while they were in high school.

Two officials familiar with the matter told the New York Times that the incident in question “involved possible sexual misconduct.”

On Thursday, BuzzFeed News reported that its reporters had tracked down the woman believed to be the subject of the letter at her home last week, but she had declined to comment on the letter’s contents. They also reported that a woman believed to be the subject’s lawyer, Debra Katz, had been spotted leaving Capitol Hill on Wednesday night just as judiciary committee Democrats convened in the Senate lobby.

Katz declined to comment when questioned by reporters, and offered no confirmation she was representing the woman featured in the letter.

In a statement posted on the website for the law firm Katz, Marshall & Banks, where she is employed, Katz noted she is “deeply committed to protecting the rights of individuals who have been victimized by discrimination, sexual harassment or have been mistreated because they have done the right thing — whether it be reporting issues affecting the public health and safety or objecting to illegal business practices.”

Kavanaugh’s nomination to the nation’s highest court has come under intense scrutiny, particularly from Democrats who fear he will become the deciding vote on overturning Roe v. Wade if confirmed. Kavanaugh, for his part, has made attempts to seem like an ally to women, playing up the fact that he’s an active participant in his daughters’ lives both as a basketball coach and a father.

In one recent moment from his confirmation hearings, Kavanaugh went so far as to say the #MeToo movement — which women have used to call out widespread sexual harassment and abuse — is part of a “broad national problem that needs to be addressed, including in the judiciary.”