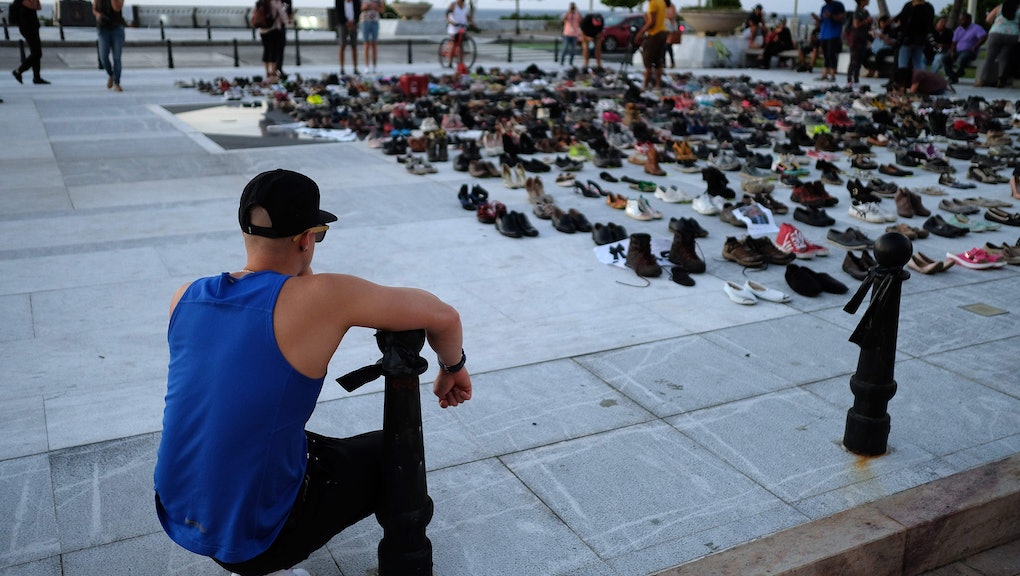 Mic Daily: Trump says Hurricane Maria death toll is a “hoax” — and other stories of the day

After months of chaos at the border, the Trump administration reached an agreement in court on Wednesday that would allow many of the immigrant families it separated to seek asylum in the United States.

Although the initial legal challenge, which was brought by the American Civil Liberties Union, remains ongoing, the agreement marks a significant departure from the stepped-up enforcement policies announced by Attorney General Jeff Sessions this spring, under which the administration strained to prosecute every immigrant who entered the country without authorization.

Rihanna debuted her latest Savage X Fenty lingerie collection at New York Fashion Week in New York City on Wednesday night. and everyone is raving about the diversity of the models featured in the showcase. The singer casted women in a range of sizes, heights, skin tones and shapes, and even pregnant models. The effort is being called groundbreaking for the lingerie space.

President Donald Trump on Thursday sought to call into question the death toll from Hurricane Maria in Puerto Rico, saying the death toll from the summer 2017 storm, which has been revised to nearly 3,000 people, was the work of Democrats looking to tarnish his record.

“3000 people did not die in the two hurricanes that hit Puerto Rico,” Trump tweeted Thursday morning. “When I left the Island, AFTER the storm had hit, they had anywhere from 6 to 18 deaths. As time went by it did not go up by much. Then, a long time later, they started to report really large numbers, like 3000.”

On Tuesday, the Associated Press reported levels of pesticides, mold and bacteria, like E. coli and salmonella, were discovered in tested batches of marijuana products — and nearly 20% of the samples failed to pass recently introduced purity and potency checks in California.

Former Cosby Show actor Geoffrey Owens, who was jolted back into the spotlight recently when a photo of him working at Trader Joe’s went viral, has already accepted at least two job offers that came his way as a result of that photo.