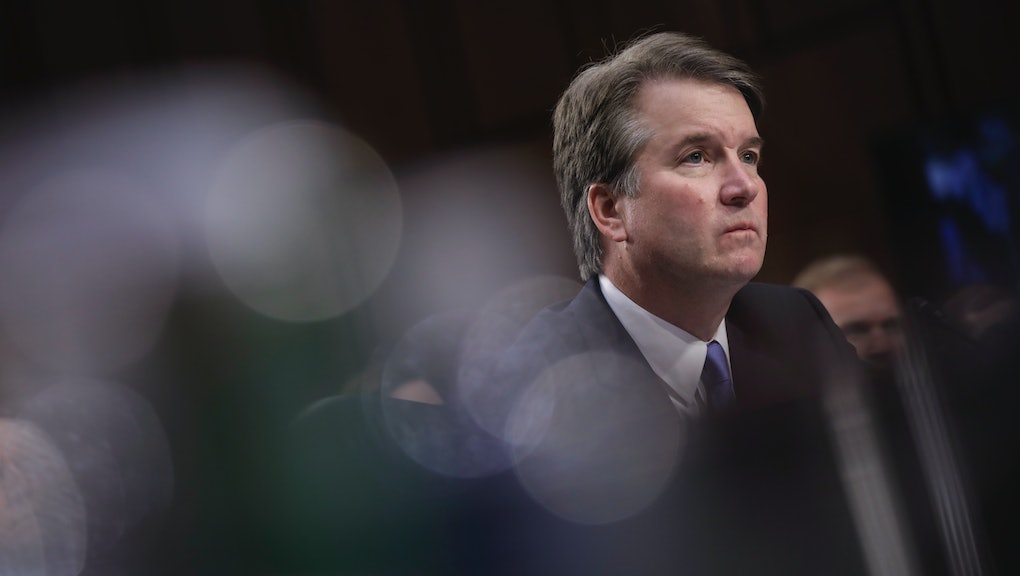 1992 all over again? The Kavanaugh allegations could boost turnout and amplify “year of the woman.”

Is it 1992 all over again? The sexual assault allegations that surfaced Wednesday against Supreme Court nominee Brett Kavanaugh — who is accused of attempting to rape a California professor when both were in high school in Maryland — coupled with the so-called “year of the woman” in politics, are creating an eerily similar feel to the state of affairs 27 years ago.

The allegations from Palo Alto University professor Christine Blasey Ford come days before the Senate Judiciary Committee was set to vote on whether to advance Kavanaugh’s nomination to the full Senate. Now, they complicate what once looked like a certain path to confirmation, with talks of re-opening the hearings to allow both Ford and Kavanaugh to testify.

If that sounds familiar, it is.

Almost the exact same series of events occurred in 1991, when law professor Anita Hill came forward to testify that then Supreme Court nominee Clarence Thomas sexually harassed her when she was assisting Thomas at the Department of Education in 1981. The hearings were re-opened to allow Hill to testify, and the optics were striking — an all-male panel of senators questioned her for days about the workplace harassment she said she faced. A massive national dialogue around workplace sexual harassment soon opened.

Thomas was ultimately confirmed by a slim margin. But the optics of the hearing and controversy around his confirmation led women to run, and win, in historic numbers a year later, in 1992. That year was dubbed the “year of the woman.” In 1992, the number of women elected to Congress increased dramatically, rising from 34 to 54, according to the Congressional Research Service.

Now, more than 25 years later, it’s possible that women will again witness a private woman testify against a Supreme Court nominee, this time with Ford’s allegations of teenage sexual assault. And, like in 1991, Ford will face a Senate Judiciary Committee in which every GOP member is male. Both Kavanaugh and Ford have said they will also testify. Republicans are now left to make the determination about whether to have both sides face questions.

No matter what happens, Democratic strategists say the latest allegations against Kavanaugh will serve as another boost to female turnout, in an election year where Democratic women were already set to boost their ranks.

“This is about turnout,” Mary Anne Marsh, a Democratic strategist from Massachusetts, said in a phone interview with Mic of the allegations’ impact on the November vote. “This is not only going to get more women to turn out to vote, it’s also going to persuade a lot of Republican women who voted for moderate Republicans in suburbs, including in states like Texas, Tennessee and other red states, to say enough’s enough. They’re going to go vote for Democrats — no question.”

In 2018, a historic number of women have already been nominated — almost exclusively on the Democratic side of the aisle — thanks to frustration with President Donald Trump and his treatment of women.

With primary season over, 234 women have been nominated by their respective parties for House races, blowing past the previous record of 167 female House nominees in 2016, according to the Center for American Woman and Politics at Rutgers University. The vast majority of those women — 182, to be exact — were nominated on the Democratic side.

Martha McKenna, a Democratic strategist from Maryland, said by phone that the Kavanaugh allegations are “just another layer to an already highly motivated electorate.”

“We now know there are so many women who had similar experiences at different points of their lives, and the idea that a guy who sexually assaulted you would be on the Supreme Court is so stomach-turning that I think that there will just be an awareness and a reminder of how important it is to stand up, get involved and vote,” McKenna said.