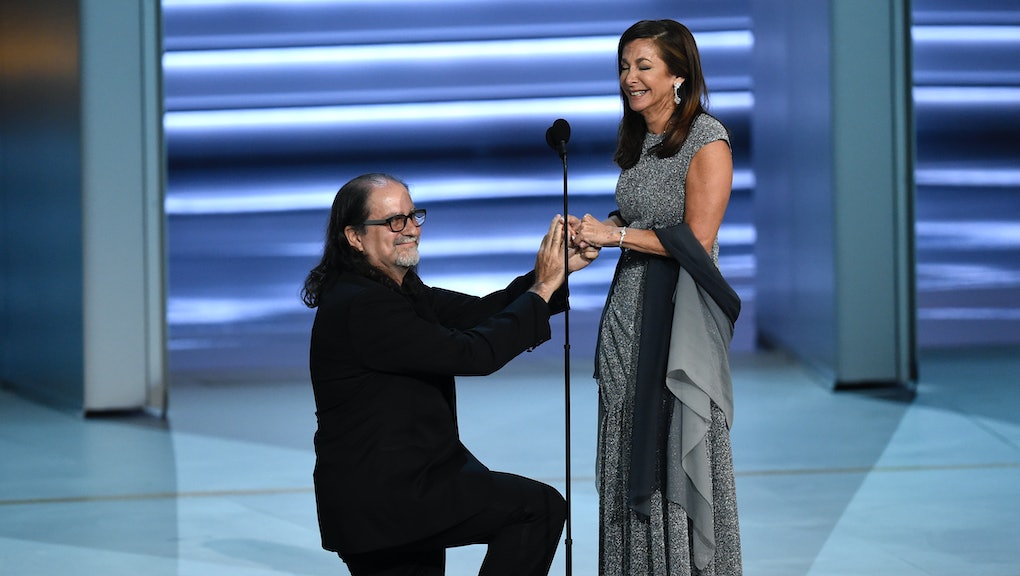 Hype Daily: Here’s what you missed at the Emmy Awards last night

The 70th annual Emmy Awards, the year’s biggest night in television honors, happened on Monday night, so let’s spend today’s installment diving into everything you missed if you didn’t watch. Emmys ahoy!

Here were the big winners (and losers) of the night

One of the night’s big winners was the Amazon comedy The Marvelous Mrs. Maisel, which snagged a total of five Emmys, including outstanding comedy series. Maisel star Rachel Brosnahan also took the prize for lead actress in a comedy.

One of the night’s losers was, well, diversity. Despite a promising group of nominees (the Emmys intro was a self-aware ode to diversity celebrating the makeup of this year’s class of nominees), the winners were awfully white. Atlanta failed to take home any big prizes, and Sandra Oh, the first Asian actor ever nominated in the category of outstanding lead actress in a drama series, lost out to The Crown’s Claire Foy. There were some notable exceptions, however — RuPaul, Thandie Newton and Regina Hall all walked away with awards.

There are few surprises in carefully produced awards shows, but this one actually caught some people off-guard. Glenn Weiss, who won an Emmy for outstanding directing for a variety special for his work on the Oscars (so meta, right?) took his time onstage as an opportunity for a special life event.

“Jan, you are the sunshine in my life,” he said in his acceptance speech, addressing his girlfriend. “And mom was right, don’t ever let go of your sunshine. You wonder why I don’t like to call you my girlfriend? Because I want to call you my wife.”

Weiss’ girlfriend, Jan Svendsen, looked shocked and made her way up onto the stage while stars cheered her on. Then Weiss got down on one knee. “I want to put this ring that my mom wore on your finger in front of all these people and in front of my mom and your parents watching from above,” he said. “Will you marry me?” I think I spotted some tears in the crowd when this happened.

The “In Memoriam” segment was emotional

This year’s Emmys “In Memoriam” tribute felt especially gutting, coming so soon after the high-profile deaths of so many beloved celebrities. Tina Fey introduced the montage with a somber reflection on just how familiar television stars can feel to us normies at home.

The “In Memoriam” video was set to Aretha Franklin’s singing and featured tributes to people like Anthony Bourdain, John Mahoney, Charlotte Rae, Robert Guillaume, Monty Hall and Burt Reynolds. These always make me a little emotional, but this one felt especially sad.

Betty White spoke and we love her

Television icon Betty White, who is 96, came onstage briefly and spoke about her time in the industry. “I’m just gonna quit while I’m ahead,” she said onstage. “It’s incredible you can stay in a career this long and still have people put up with you.”

While she seemed slightly shaky — she is 96, after all — White cracked jokes and let Kate McKinnon kiss her hand. And the crowd in the theater gave her a standing ovation. Because if Betty White doesn’t deserve a standing o, then who does?

The hosts were... fine

The Emmys hosts, Michael Che and Colin Jost of Saturday Night Live, did alright as the hype men of the night, although neither seemed overly thrilled to be there. One of the highlights came when Che visited black sitcom stars of the past to handout “reparations Emmys,” and Marla Gibbs, Kadeem Hardison, Jaleel White, Jimmie Walker and John Witherspoon finally got their dues.