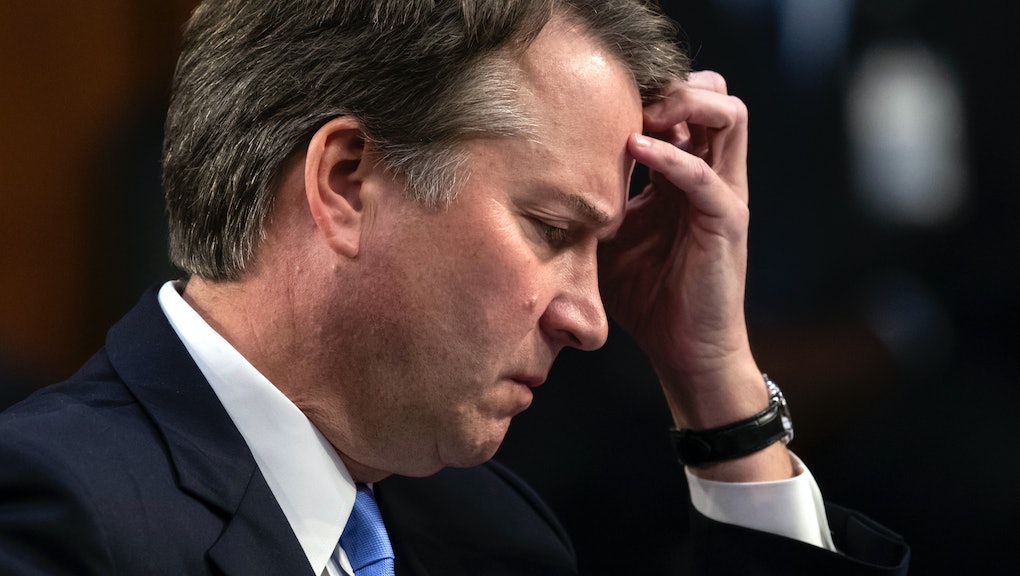 Anita Hill weighs in on Kavanaugh sex abuse allegations: “In 2018, our senators must get it right”

Anita Hill, the law professor who ignited a national conversation about workplace harassment when she testified in front of the Senate regarding allegations against Clarence Thomas during his 1991 Supreme Court confirmation hearings, on Tuesday called on lawmakers to “do better” as they weigh sexual abuse allegations against Brett Kavanaugh.

Kavanaugh, President Donald Trump’s second pick to the nation’s high court who would replace retired Justice Anthony Kennedy if confirmed, has been accused of attempted rape by Christine Blasey Ford. Ford is a psychology professor at Palo Alto University and a high school classmate of the Supreme Court nominee who says Kavanaugh attacked her when the two were teenagers.

The disturbing allegations have thrown a wrench into Kavanaugh’s confirmation process, which now may be in serious jeopardy. The accusations, which first surfaced in the New Yorker on Friday, recall Hill’s allegations against Thomas during his nomination process in the early 1990s.

The law professor came forward after Thomas’ confirmation hearings with allegations of sexual harassment against the nominee dating back to their time working together at the Department of Education in 1981. Lawmakers at the time reopened his hearings and Hill testified before the all-male panel about her experience with Thomas, but he was ultimately confirmed in a 52-48 vote.

In her op-ed Tuesday, Hill wrote that the Senate Judiciary Committee “failed” to “demonstrate its appreciation for both the seriousness of sexual harassment claims and the need for public confidence in the character of a nominee to the Supreme Court.”

To avoid repeating past mistakes, Hill wrote, senators should recognize that examining the allegations and conducting a fair hearing are “compatible;” appoint a “neutral” body to investigate Ford’s claims; avoid rushing the confirmation process; and use Ford’s name when discussing the allegations.

“With years of hindsight, mounds of evidence of the prevalence and harm that sexual violence causes individuals and our institutions, as well as a Senate with more women than ever, ‘not getting it’ isn’t an option for our elected representatives,” Hill wrote. “In 2018, our senators must get it right.”

Ford initially described the alleged assault by Kavanaugh in a private letter to Sen. Dianne Feinstein (D-Calif.), the ranking Democrat on the Senate Judiciary Committee. When her story surfaced in the media over the weekend, she went public with her accusations, which were published Sunday in the Washington Post.

According to her account, Kavanaugh and a friend cornered her in a bedroom during a high school party in the early 1980s. Kavanaugh, who was allegedly drunk at the time, then “pinned her to a bed on her back and groped her over her clothes, grinding his body against hers and clumsily attempting to pull off her one-piece bathing suit and the clothing she wore over it,” Ford said.

When she attempted to scream, Ford told the Post, he put his hand over her mouth.

“I thought he might inadvertently kill me,” Ford told the paper.

Kavanaugh has denied the allegations.

Trump on Monday defended his nominee as “somebody very special.” However, the president left the door open to the possibility that his confirmation could be delayed.

Both Kavanaugh and Ford are due to testify before the committee on Monday.