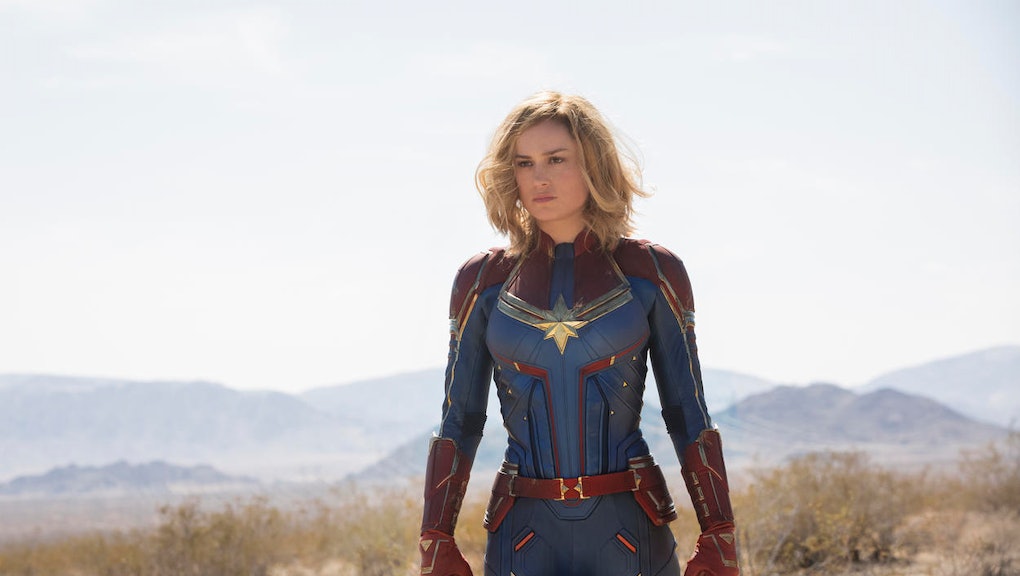 The ‘Captain Marvel’ trailer is here, and we are ready for Brie Larson to discover her inner hero

Captain Marvel is expected to offer a look at the origins of Carol Danvers, how she became a superhero and what role she’ll play in the Marvel Universe since Thanos wiped out half the universe, including several superheroes, by the end of Avengers: Infinity War.

The teaser starts off with Captain Marvel crash-landing from space into an aisle at a Blockbuster video store, a clue that part of the film will be set in the 1990s, according to Deadline. From there, Marvel seems to be on a journey to recall her connection to Earth, including her time as an officer in the U.S. Air Force.

“I keep having these memories,” Danvers says. “These flashes. I think I had a life here. I can’t tell if it’s real.”

In an interview with Entertainment Weekly published in September, Larson described Captain Marvel’s plight in the film.

The trailer also reveals a bit more about her connection to fellow Marvel character Nick Fury, played by Samuel L. Jackson. “War is a universal language,” he says to her. “I know a renegade soldier when I see one. It never occurred to me that one might come from above.”

Viewers last saw Fury in the post-credit scene of Avengers: Infinity War, where he sent a signal using a pager device that had Captain Marvel’s logo label on it. This moment implied that Danvers had been notified of the death and destruction Thanos had caused.

Following the release of Captain Marvel, the next sequel to the Avengers will hit theaters on May 3.