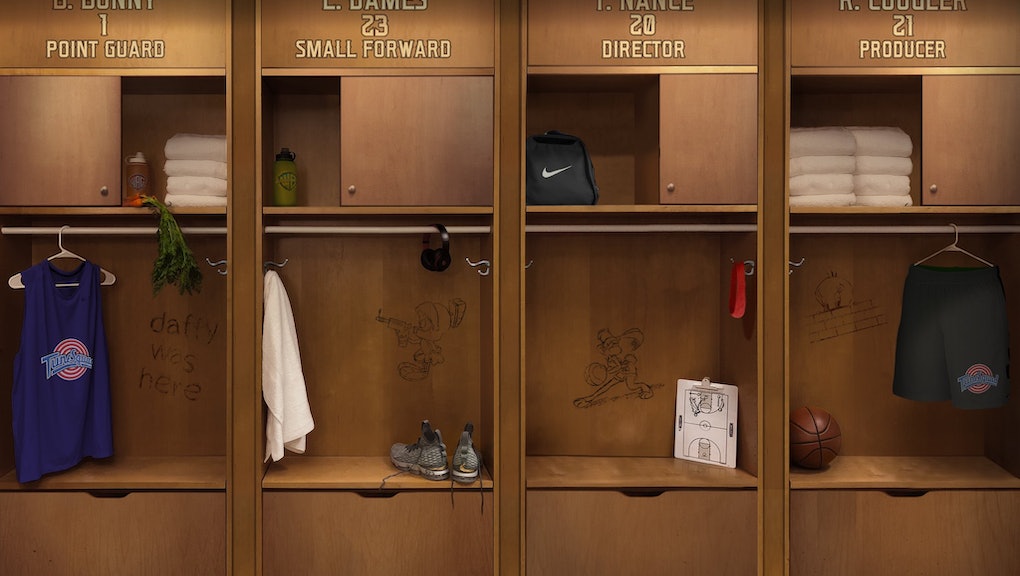 Space Jam 2, the sequel to the classic ‘90s basketball movie starring Michael Jordan and the Looney Tunes, will finally get a sequel. But instead of Jordan anchoring the Tune Squad, the Looney Tunes’ basketball team will feature a different NBA icon: none other than LeBron James.

The news was announced on the Twitter and Instagram accounts belonging to James’ SpringHill Entertainment. Pictured in the announcement is a locker room with clothing areas belonging to Bugs Bunny (who will be playing point guard in the movie), James (taking the role of small forward), Terence Nance (the movie’s director) and Ryan Coogler (the movie’s producer).

James’ most recent acting role on the big screen was 2015’s Trainwreck, alongside with Amy Schumer and Bill Hader. Most recently, the basketball player is involved with HBO for his talk show The Shop, and has taken to producing other entertainment properties, like the CBS competition show Million Dollar Mile, a reboot of the ‘90s movie House Party and an upcoming show called Hoops, centered on the first female coach of a men’s basketball team.

Space Jam 2 will be directed by Terence Nance, who recently developed HBO’s Random Acts of Flyness. The movie’s producer, Ryan Coogler, has seen previous successes as director of Fruitvale Station, Creed and, of course, this year’s Black Panther.

The film is expected to go into production during the 2019 NBA offseason.