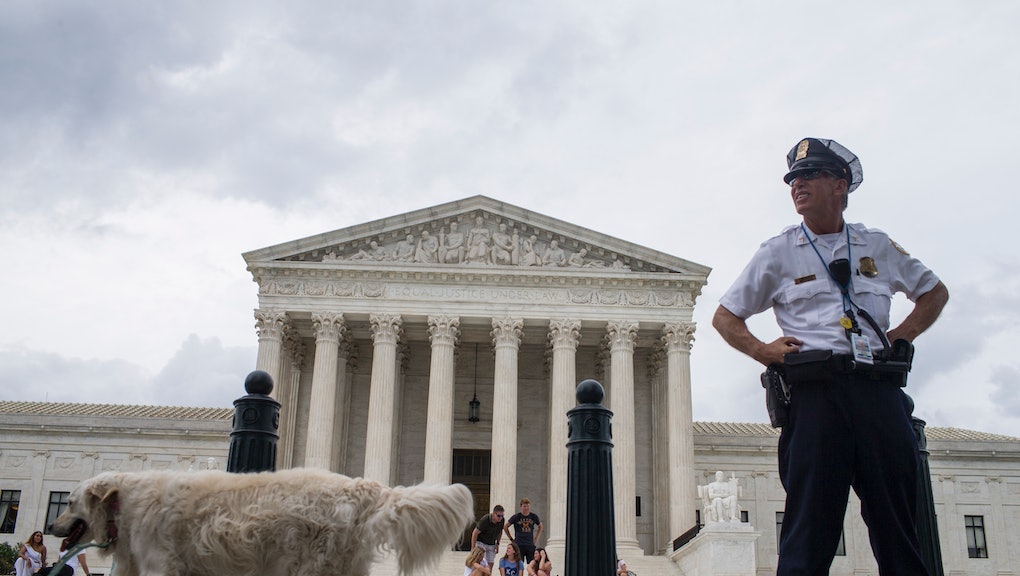 #MeToo generational divide: For some female chefs, sexual harassment was something “you tolerated”

A powerhouse lineup of female chef and hospitality professionals — ranging in age from 30-something to 95 years old — recently discussed the #MeToo movement and the future of women in the food industry in New Orleans for the American Cuisine & Hospitality Symposium.

Organizations will now be required to disclose their political donors ahead of the November midterm elections, as a Supreme Court ruling issued a blow to “dark money” in politics.

Florida Democratic gubernatorial candidate Andrew Gillum now leads his Republican rival by six points, a new poll has found, bolstering the hopes of Floridians who wish to see a progressive at the helm of their state for the first time in nearly two decades.

At a campaign event Saturday at a restaurant in Columbus, Texas, Republican Sen. Ted Cruz used a familiar tactic in an effort to engage voters. “If Texas elects a Democrat, they’re going to ban barbecue across the state of Texas,” Cruz told a room of supporters, the Austin American-Statesman reported.

Oddly enough, It’s not the first time Cruz has tried to mobilize American voters through their stomachs.

September marks the 10-year anniversary of the financial crisis, which laid bare predatory processes and routine gambles that the average American hadn’t realized or didn’t care to know. Aside from impacting countless lives around the world, the crisis ushered in an era when employees of Wall Street were vilified for their extravagant bonuses and seemingly bottomless greed, culminating in the Occupy Wall Street protests of 2011.

Even with all that new attention, Wall Street salaries are growing once again.