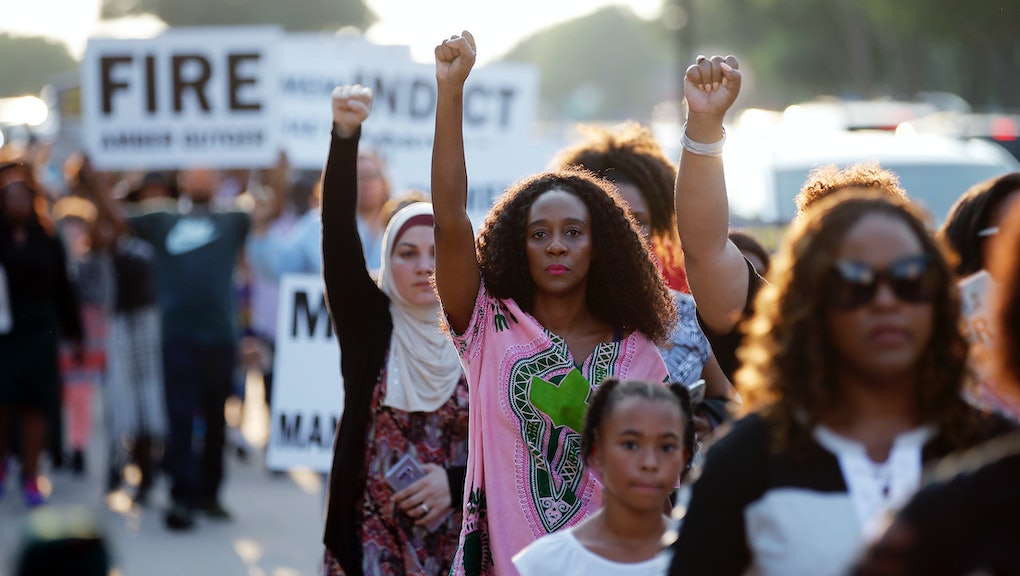 This week, we have reports on Shaun King, the Dallas Nine protests, the death of Jon Burge and a dispatch from Diamond and Silk’s roadshow.

It’s been a wild one. Read on for more.

Chauncey Alcorn with a rollicking dispatch from his experiences at a Diamond and Silk road show stop in Cleveland.

He also wrote about the “Dallas Nine” protests over the shooting death of Botham Shem Jean, and one protester’s harsh words for Dallas Cowboys quarterback Dak Prescott.

Natelegé Whaley on the death of former Chicago police Commander Jon Burge, who gained notoriety for torturing and coercing confessions out of more than 100 mostly black men between the 1970s and 1990s.

And Aaron Morrison with profile of controversial activist and journalist Shaun King. His Mic Dispatch video report on the subject can be viewed here.

A harrowing report from the Washington Post’s Elizabeth Bruenig, in which she investigates the 2006 rape of a high school schoolmate.

What do you think of the Herald Sun’s response to criticism of its Serena Williams cartoon, in which the paper essentially claims it is being unfairly censured by politically correct culture warriors?

Our answer this week comes from David, to whom I must apologize, as this is a heavily abridged version of the answer he wrote me:

“Will this tired, right-wing trope called ‘Political Correctness’ never lie down in a ditch and die?

“There are no PC Police, and no free speech is being stifled. For a newspaper to cry censorship when it has broadcast its material both in print and online for all the world to see is clearly ludicrous...

“As usual with those who hold anything progressive in contempt — because progressive values tend to involve confronting people with evidence of their privilege and their resulting behavior — PC naysayers are experts at spluttering with outrage about ‘freedom of speech’ as long as this freedom is exclusively theirs; any criticism of their beliefs is instantly branded as snowflake-y PC-ness...

“Political satire can be offensive and probably is not doing its job if it DOESN’T offend; the Serena Williams cartoon, however, was not political satire. The cartoon used a grotesque caricature of her physical features that dog-whistled old and deep-seated racist stereotypes about black inferiority, when its ostensible purpose was to satirize her BEHAVIOR. There is NO ONE, starting with the Herald’s editor, who could have missed the unspoken assumptions of this cartoon.”

Thanks for your insight, David!

What do you think of Shaun King’s methods for exposing racism and racist violence? Is he too cavalier with facts? Is good, bad or a mix of both to doxx the perpetrators of such violence?

Send your thoughts to zak@mic.com for a chance to be featured in next week’s newsletter.