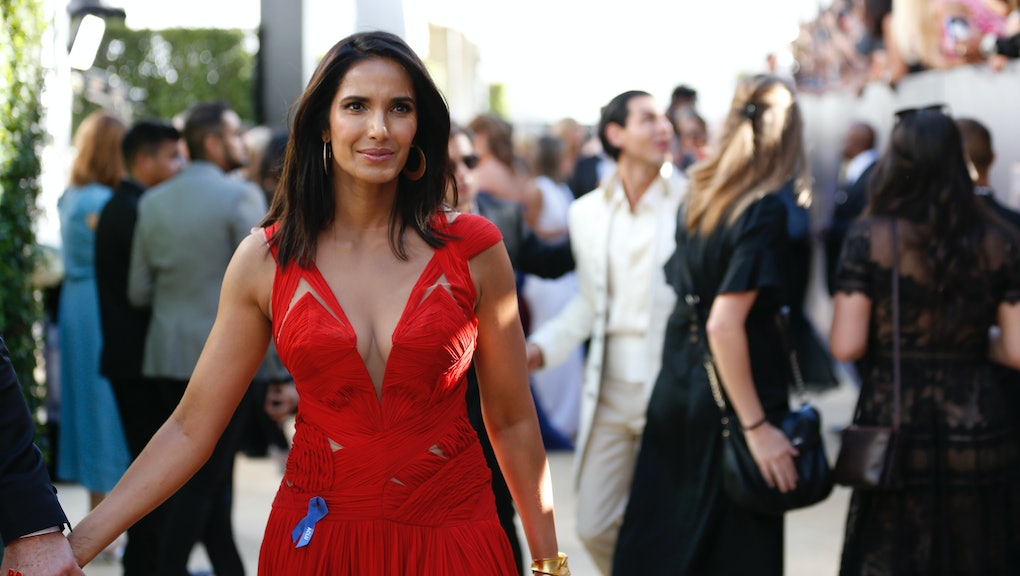 Padma Lakshmi opens up about her rape at 16: “I am speaking now because I want us all to fight”

Model and actress Padma Lakshmi opened up about her experience as a survivor of rape in a new op-ed published in the New York Times on Tuesday. Lakshmi, who hosts the long-running Bravo cooking competition show Top Chef, joins countless other survivors who have shared their own stories amid the recent debate over sexual assault allegations against Supreme Court nominee Brett Kavanaugh by a former high school acquaintance, Christine Blasey Ford.

In the op-ed, Lakshmi described being raped by a 23-year-old man when she was 16, and said that she waited for years to disclose what had happened. “On Friday, President Trump tweeted that if what Dr. Ford said was true, she would have filed a police report years ago,” Lakshmi wrote.

“But I understand why both women would keep this information to themselves for so many years, without involving the police. For years, I did the same thing. On Friday, I tweeted about what had happened to me so many years ago.”

Lakshmi described the assault, by the man who she had gone on some dates with. While she was sleeping at his apartment after a party, she said, she woke up to him raping her. She did not tell her friends, her family and “certainly not” the police, Lakshmi wrote in the op-ed.

“Soon I began to feel that it was my fault. We had no language in the 1980s for date rape. I imagined that adults would say: ‘What the hell were you doing in his apartment? Why were you dating someone so much older?’ ... These experiences have affected me and my ability to trust. It took me decades to talk about this with intimate partners and a therapist.”

She continued, writing, “I think if I had at the time named what happened to me as rape — and told others — I might have suffered less. Looking back, I now think I let my rapist off the hook and I let my 16-year-old self down.”

Lakshmi has turned her celebrity into advocacy work before. She’s been vocal about her experience with endometriosis and the gendered medical care that women receive when they complain of pain. She also participated in the 2017 Women’s March and in the March for Our Lives in March, calling for gun safety reform. But she felt it was important to speak out about her own experience as a survivor of rape, she said, partly for her daughter and all the children at risk of experiencing sexual assault or abuse before they turn 18.

“I have nothing to gain by talking about this,” she wrote. “But we all have a lot to lose if we put a time limit on telling the truth about sexual assault and if we hold on to the codes of silence that for generations have allowed men to hurt women with impunity. ... I am speaking now because I want us all to fight so that our daughters never know this fear and shame and our sons know that girls’ bodies do not exist for their pleasure and that abuse has grave consequences.”