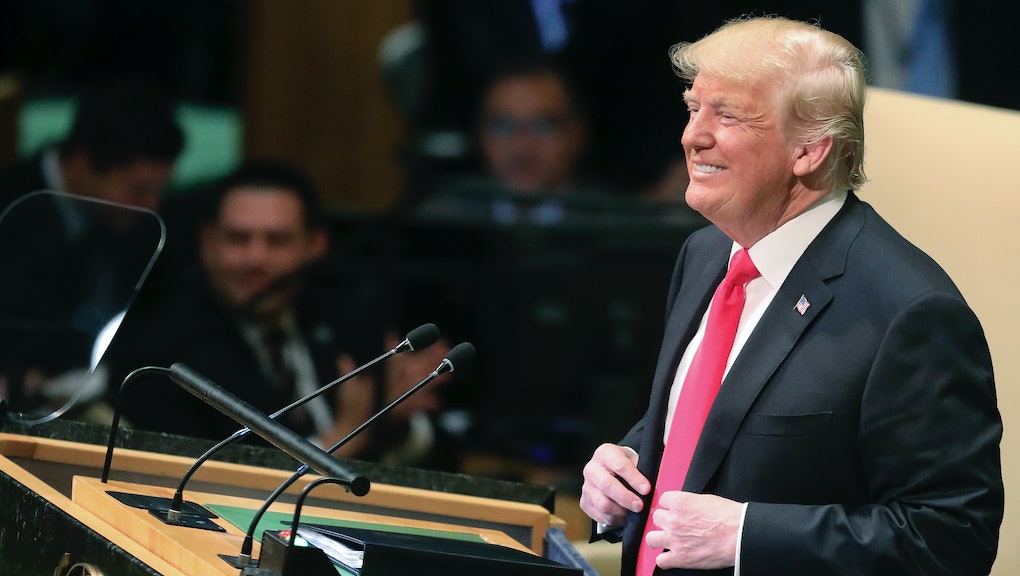 “No worse reaction he can think of”: UN crowd erupts in laughter as Trump touts his record in speech

President Donald Trump’s boast in a speech at the United Nations General Assembly on Tuesday morning that his administration has “accomplished more than almost any administration in the history of our country” elicited laughter from the crowd, which was filled with world leaders and diplomats.

“In less than two years, my administration has accomplished more than almost any administration in the history of our country,” Trump said. Audible laughs were immediately heard from the crowd.

As the crowd laughed, Trump looked a little flustered and began to smile.

“Didn’t expect that reaction, but that’s OK,” Trump said, drawing even more laughter and some applause from the crowd.

Trump has often said that the world is laughing at the U.S. for problems that were not his fault. But the fact that the hundreds of world leaders and diplomats gathered at the U.N. assembly hall laughed at what Trump thinks he has accomplished is a bit different.

“No worse reaction he can think of than being laughed at,” tweeted Maggie Haberman, the New York Times reporter who has covered Trump for decades.

The laughter came at the beginning of the speech, yet Trump pressed on, blasting Iran for spreading “mayhem across the Middle East and beyond,” as well as China for a “trade imbalance.”

The president also denounced the “ideology of globalism,” just as he did during the 2016 campaign, as well as “bad and broken trade deals.”

“But those days are over,” Trump said during the speech, his second to the General Assembly. “We will no longer tolerate such abuse.”