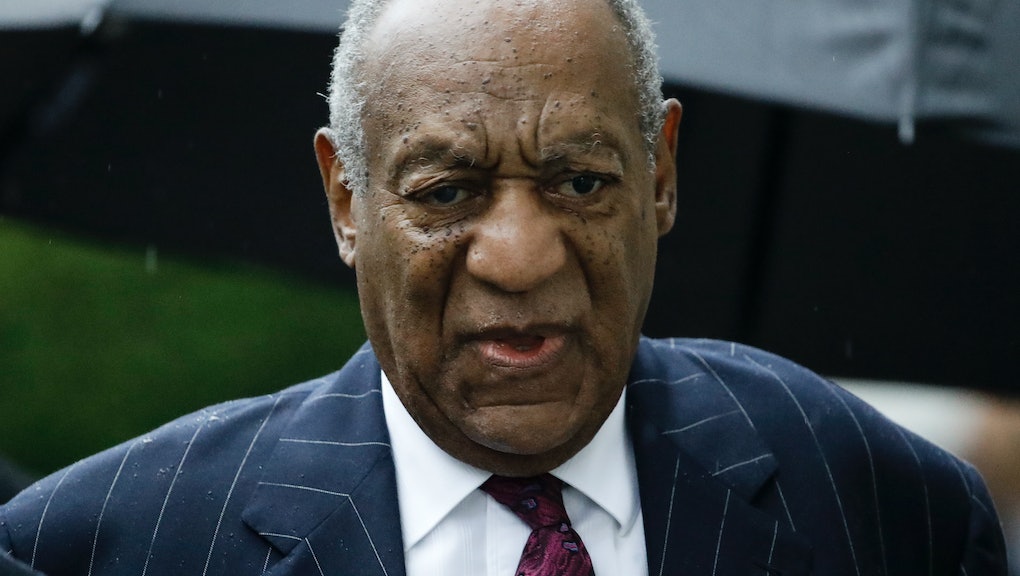 Bill Cosby is a monster, not a martyr — no matter what his supporters say

After Bill Cosby was sentenced to three to 10 years in prison for drugging and sexually assaulting Andrea Constand at his Philadelphia-area home in 2004, his supporters employed their typical tools of deflection and defiance in response: hubris, hyperbole and victimization.

Speaking to the press outside a Pennsylvania courthouse, Andrew Wyatt, Cosby’s publicist, claimed the comedian’s conviction and sentencing were part of the “sex war” happening in Washington, D.C. Wyatt was referencing embattled Judge Brett Kavanaugh, the Supreme Court nominee currently besieged with multiple accusations of sexual misconduct. One wonders why a person paid to make their client look favorable would make such a doltish invocation, but it was actually the least befuddling remark Wyatt made on Tuesday.

While addressing the press, Wyatt reportedly deemed Cosby to be one of the “greatest civil rights leaders” in history, one of the “greatest educators of men and boys” and proceeded to put him in the same company as Jesus Christ. “They persecuted Jesus, and look what happened,” Wyatt explained. “Not saying Mr. Cosby is Jesus, but we know what this country has done to black men for centuries.”

Jesus may have been known to remix water into presumably the finest of wines, but no one ever accused Yung Savior of spiking said wine with Quaaludes and serving them to women he planned to rape. Jesus also liked poor people. Bill Cosby cannot relate.

Speaking of what this country does to black men and boys, though, when Cosby was convicted in April, Wyatt decried it as a “public lynching” during an interview with ABC’s Good Morning America. When asked by host George Stephanopoulos if all 60 of Cosby’s accusers were lying, another one of Cosby’s publicists, Ebonee Benson, responded with: “May I ask a question? Since when are all people honest? Since when are all women honest? We can take a look at Emmett Till, for example. Not all people are honest.”

Cosby’s wife, Camille Cosby, has, too, invoked Emmett Till, and speaking about her husband’s sentence, argued this week that it’s the result of “falsified” evidence that “denied his right to a fair trial.” Likewise, Wyatt said in that same Tuesday statement that the three psychologists who testified in Cosby’s trial were seeking to “make money off of accusing black men of being sexual predators.”

And as the Atlantic’s Hannah Giorgis has also noticed, there are other well-known black men seeking to turn Cosby’s conviction and sentencing into a black versus white issue. I’ve noticed this, too, among select social media feeds. There is no sense in further sharing their crassness about rape, but it’s certainly worth speaking out against because it’s a testament to how quick people are to further dehumanize women for the sake of their own agendas — or to ignore the severity of the issue of sexual assault altogether.

For the life of me, I will never understand the hold Bill Cosby has on some people.

Yes, he provided America with an image of the black family that it had never seen. It was revolutionary, but from the success of that, he built a platform that he’d one day use to bash poorer black people, faulting them for their own plight rather than its white supremacist, capitalist roots.

For the life of me, I will never understand the hold Bill Cosby has on some people.

As Adam Serwer pointed out so brilliantly, that infamous “Pound Cake” speech, which was nothing short of a fuck you to the most vulnerable among us, may have led to his new life as a resident of a maximum security prison. But I find it so perplexing that a man who has made it quite clear that he doesn’t love all black people is being used as a symbol of the perils of racial imbalance of our justice system — a man who is rich, famous, powerful and who has skated by accusations for decades before finally facing any type of consequence.

A television show is not, nor has it ever been, more important than a woman or girl and her autonomy. I want Donald Trump, Woody Allen, Harvey Weinstein and every other powerful man who uses his fame and wealth to dodge the consequences of sexual abuse allegations to suffer.

However, white men getting away with sexually assaulting women and girls more than black men does not excuse any black man who has abused a woman or girl. If you respect and love women, you understand this because no one of true decency would take long to land on such a conclusion. And yet, Bill Cosby is the hill some choose to die on. As if he would ever extend that same courtesy to any of them. As if society’s hypocrisy negates that a monster of a man viciously stripped dozens upon dozens of women of their autonomy. I want every black man imprisoned on false or trumped-up charges to get free, but that has nothing to do with Bill Cosby deserving his punishment.

There’s a simple fact that so many of Cosby’s stubborn apologists fail to get: Women and girls are people, too. Not to mention, there is an intersection between race and gender. I don’t think most black women who have to contend with the dangers men pose, no matter their race or ethnicity, fixate on Cosby versus Trump in the same way black men who don’t have such worries do. They know that it doesn’t matter because the sad, despicable, unfortunate reality is that perpetrators of sexual violence “are less likely to go to jail or prison than other criminals” as noted by the Rape, Abuse & Incest National Network.

Anytime a man guilty of such crimes is convicted and sentenced, it is a win. And if you put the safety of women ahead of your own biases, that would matter most to you, too. So again, fuck Bill Cosby and fuck this faux-martyrdom coming from his handlers and the suckers they’ve pulled in to defend him. Let him rot in prison — he’s earned it.