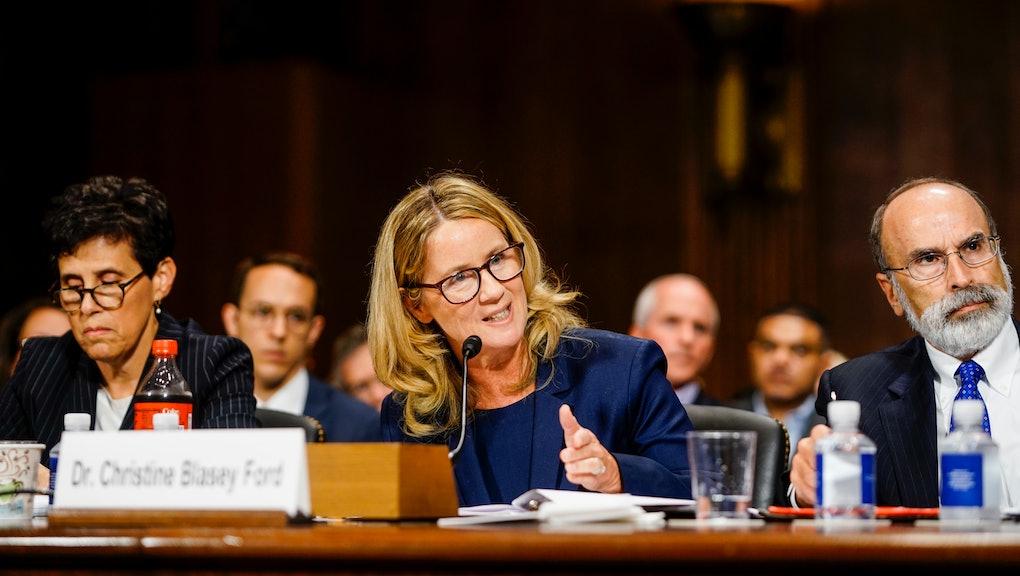 More than $500,000 has been raised on GoFundMe for Christine Blasey Ford’s security and legal costs

During a line of questioning by prosecutor Rachel Mitchell regarding how Ford would pay for security and legal costs, Ford said GoFundMe accounts had been set up on her behalf. Since mention of the crowdfunding site, CNBC reported over $500,000 has been donated in total across 13 campaigns in support of Ford.

The Wall Street Journal also reported the largest campaign in support of Ford jumped nearly $179,000 to a total of roughly $305,000 after its mention. Since the WSJ report, donations to the largest campaign have jumped another $63,000 to roughly $368,000 according to the campaign’s website, which is now trending on the site.

According to the campaign’s GoFundMe page, previous donations will cover security, and any current and future donations will also cover security and any other expenses, as determined by Ford’s family. During the hearing, Ford’s lawyers told senators they were working pro bono, and Ford mentioned friends in Palo Alto, California, were helping cover some security costs, according to the Wall Street Journal.

Michael Caputo, a former Trump aide and Kavanaugh defender, tweeted his reaction to the crowdsourced campaign. “Legal funding isn’t a worthwhile line of questioning. Speaking from personal experience, Dr. Ford would certainly raise millions on GoFundMe if she chose to do so,” he tweeted. “Her authenticity inspires support, no matter where you stand on this nomination.”