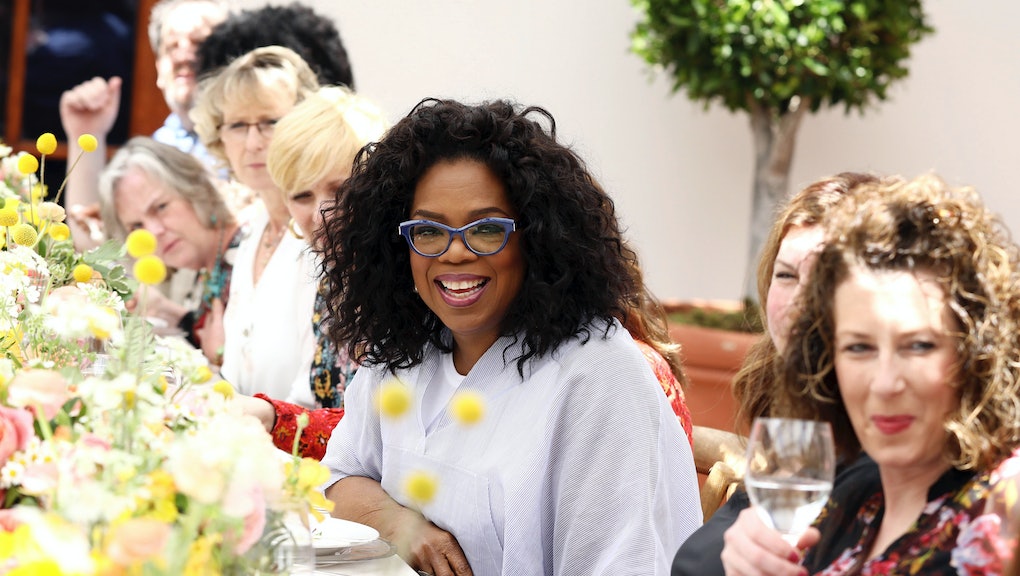 As someone who loves food and spends a lot of her time eating, cooking and writing about food, I’m constantly thinking about my relationship to and with food. Directly related is how that relationship affects how I feel toward my body. That ever-changing dynamic is further complicated by my attempts to strike a better balance. In January 2011, my temporary solution to that quest was to join Weight Watchers.

On Tuesday, Weight Watchers announced it was shifting in a new direction, one geared toward wellness. Now known as WW, the rebrand moves the company away from focusing on weight loss and introduces a new tagline: “Wellness that works.” Its namesake program has taken the name of WW Freestyle, although it’s essentially the same program in which members use a variety of tools to manage their weight loss journeys: an app for on-the-go tracking, meetings, one-on-one chats with meeting leaders. And while it’s slightly modified, the points system still exists.

On the surface, the rebranding and commitment seem to be rooted in an effort to move the company forward. It brings the idea of losing weight into the 21st century and creates distance from WW’s competitors. But as a former Weight Watchers member who is well-versed with how it feels to be a paying member — I paid around $40 per month — steadily attending meetings, I’m not so convinced a name change and what is akin to a momentous public relations statement rings of anything genuine.

After all, WW is no stranger to the business of monetizing diet culture. Jean Nidetch founded the company in 1963 on the premise of using “science-driven research” to help promote weight loss. Common strategies included eating leaner cuts of meat, lowering sugar intake, drinking at least 32 ounces of water daily and having plentiful servings of fruits and vegetables.

During my time as a Weight Watcher, I knew — despite the friendliness and the positivity oozing from every interaction I had — what we were all there for: to lose weight. This was only reinforced with the weekly weigh-ins with stickers to track your progress. There were also celebratory pendants, which you received in front of meeting attendees once you reached a weight loss milestone. The new products rolled out week after week — crackers, cookies, water bottles, plastic containers emblazoned with the Weight Watchers logo, coupons for the frozen meals sold in your local grocer’s freezer — were constant reminders of the quest for lost pounds.

Ultimately, I left Weight Watchers and canceled my monthly membership. Taking the joy and sensuality out of eating was no longer a worthy sacrifice to be my “healthiest” self. I started to feel dangerously guilty when I wanted decadent desserts, nibbled on meats and cheeses or drank one too many glasses of wine. I wanted to enjoy dinners with friends and the meals I cooked at home. I didn’t want the obsessive spiral I had routinely fallen down since becoming a member, one that was brought on if I forgot to track one morsel of food or was unable to figure out how many points another meal had. I wanted my relationship with food to be balanced, loving, authentic. Food was never the enemy but it felt like it had become mine.

Several Weight Watchers methods worked for me. As a member, I lost half the weight I set out to lose before I quit. But the program also introduced a wealth of bad habits and new problems. For me, a new monster was born: a self-loathing I hadn’t had when I started the program, predicated on feeling secure once I’d reached a certain number on the scale and had the cheering validation from other members.

A new monster was born: a self-loathing I hadn’t had when I started the program, predicated on feeling secure once I’d reached a certain number on the scale.

The all-new WW can pretend to not talk about weight or not care about weight. But the fact of the matter is its business model was built on encouraging weight loss and finding strategies to make it possible for its millions of members worldwide. That’s the point — the new name won’t change that.

If WW truly wants to create a brand of wellness, one that is actually empowering and encourages lasting lifestyle changes not centered on weight loss, it’ll have to do more than rebrand itself, air feel-good commercials filled with smiling faces and publish photos of happy people mid-bite. The company will have to learn about what body positivity is and become an inclusive space for all shapes, sizes and bodies. It’ll have to remove the association between changing what you eat and lowering the number on the scale — the exact opposite of everything it’s done in the past.