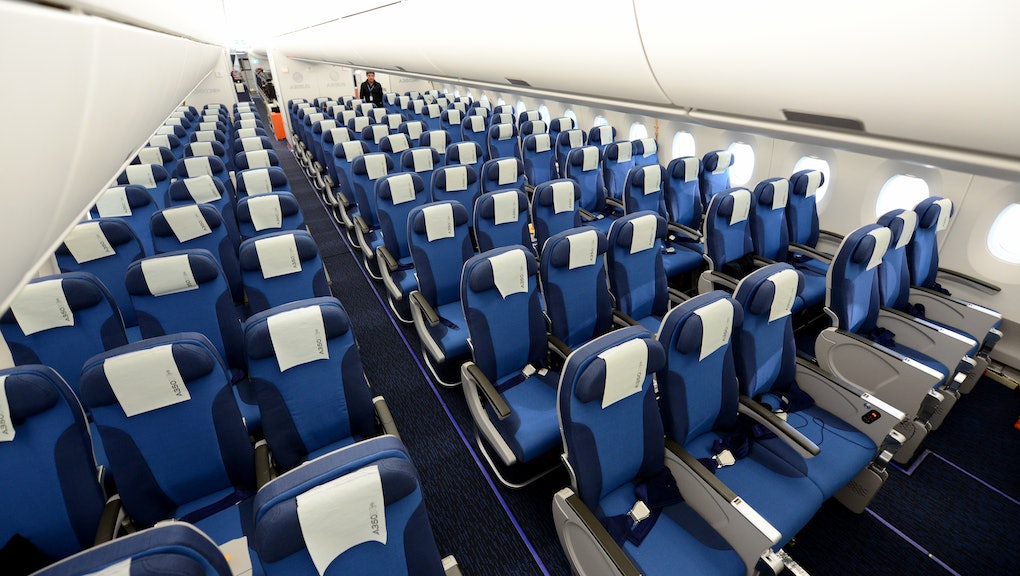 Stories That Pay Off: A new law could mean the end of cramped legroom on airlines

The average legroom on a flight has shrunken an entire 4 inches since the 1970s — which presents a problem for the American population. One-third of all Americans are obese and many airlines even require passengers over a certain size to purchase a second seat. Luckily, a recently introduced bill making its way through the House and Senate may enforce the standards for legroom and improve the flying experience for all of us.

Also this week, Mic took at look at fundraisers in support of Christine Blasey Ford after Thursday’s Senate Judiciary Committee hearing, explored Bill Cosby’s career and financial affairs and asked experts how people can finally rid themselves of their addiction to ride-hailing apps.

The bill would mean a number of other significant changes for airline travel, including a minimum for airplane bathroom size and newer standards for service animals.

More than $500,000 has been raised on GoFundMe for Christine Blasey Ford’s security and legal costs

Since the fundraisers were mentioned in the Brett Kavanaugh hearing, over $500,000 has been donated across 13 campaigns in support of Ford.

He was one the highest-paid entertainers in the world. Take a look at how he amassed his fortune — and what’s left now.

Money Confession: I spend $500 a month on Uber, Lyft and taxis

We asked experts to weigh in on how you should wean yourself off your Uber addiction.