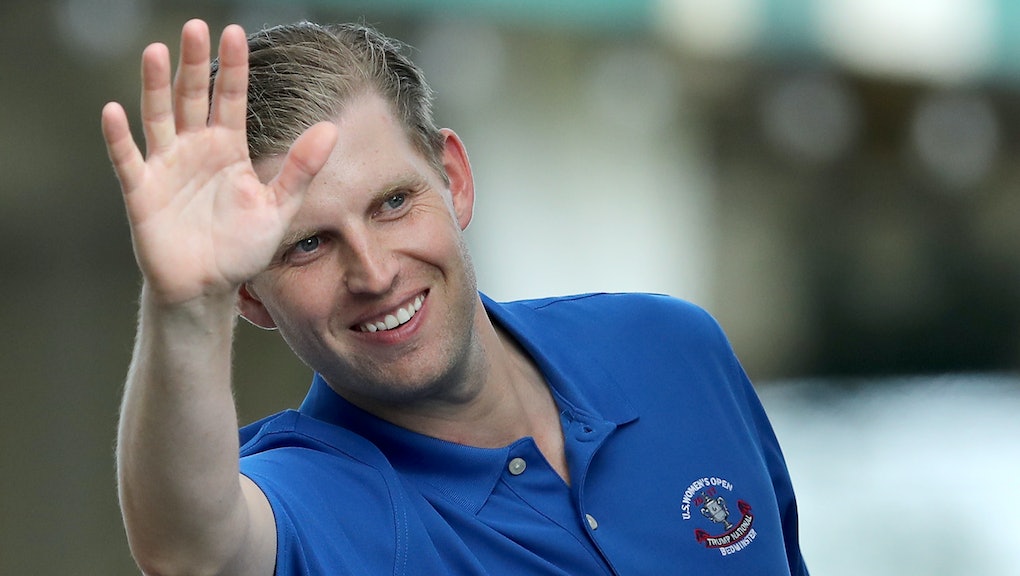 According to the report, Trump sought a restraining order against Daniels in early 2018 after learning she was considering going public with details of their alleged sexual encounter.

He directed Cohen, who had been his longtime attorney and fixer, to coordinate the legal response with Eric Trump, who involved the Trump Organization in the effort, according to the WSJ.

The report illustrates the extent to which the president was involved in the effort to silence Daniels and raises significant questions about the level to which Trump has remained involved in his business since taking office.

Trump said in 2016 he was putting his company in a “blind trust” that would be run by his two adult sons: Eric Trump and Donald Trump Jr.

But critics have long viewed that arrangement as inadequate, and Trump Organization attorney Alan Garten confirmed to ProPublica in 2017 the president can “withdraw profits and underlying assets” at any time.

The WSJ report further demonstrates the close connection Trump has appeared to maintain with his company.

According to the report, Trump in February ordered Cohen, Eric Trump and a lawyer linked to the Trump Organization to get a confidential restraining order against Daniels.

Daniels gave a primetime interview about the alleged 2006 affair on 60 Minutes the following month, on March 25.

Daniels claimed to have had an affair with Trump after meeting at a golf event and that she was paid to keep quiet about it.

Cohen, who paid Daniels $130,000 for her silence ahead of the 2016 election, pleaded guilty in August to eight charges, including two campaign finance violations related to the hush agreement.

He implicated the president in his campaign finance violations, telling a federal judge as he pleaded guilty he committed the crimes “in coordination with and at the direction of a federal candidate for office” — a clear reference to Trump.

Trump has denied Daniels’ allegations and has made contradictory claims about his knowledge of the hush payouts.