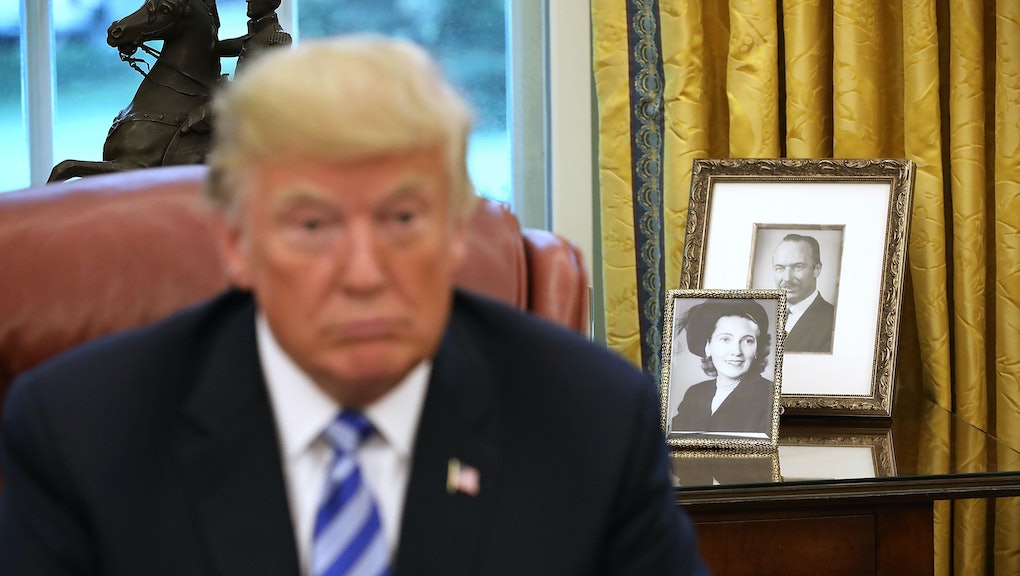 Report: Trump gained his fortune from fraud, handouts from his father

President Donald Trump sold himself to voters during his presidential campaign as a self-made billionaire whose fortune was earned through hard work and business acumen. But a New York Times investigation published Tuesday provides some of the clearest evidence yet that that image is false.

According to the Times, Trump’s wealth was largely inherited from his parents and was increased through shady tax practices and, in some cases, “outright fraud.”

“In every era of Mr. Trump’s life, his finances were deeply intertwined with, and dependent on, his father’s wealth,” the Times reported Tuesday.

The exhaustive report — based on interviews with former employees of the president’s father and “more than 100,000” tax and financial documents — torpedoes the image of himself Trump has long sold to the public. It also renews questions about what may be lurking in the tax returns Trump kept private as he ran for and assumed the presidency in January 2017.

During the 2016 presidential campaign, Trump famously claimed to have received a “small” million-dollar loan from his father — the real estate developer Fred Trump — when he began his career and had to repay him with interest.

According to the Times, the future president was already a millionaire by the time he was 8 years old and was receiving the equivalent of $1 million a year from his father by the time he graduated college — an allowance that increased as he got older.

The Times analysis contradicts the story Trump has sold to the U.S. public for years — first as a bombastic businessman, then as a reality television star and finally as a politician.

He frequently cites his supposed business acumen and success as one of his main qualifications to run the country.

He also frequently accuses others of corruption. He dismissed his 2016 opponent Hillary Clinton as “crooked” and promised to “drain the swamp” when he was elected president.

The White House did not respond to the Times request for comment, but Charles Harder, one of the president’s lawyers, denied the report in a statement as “false” and made a thinly veiled threat of legal action should the paper publish its report.