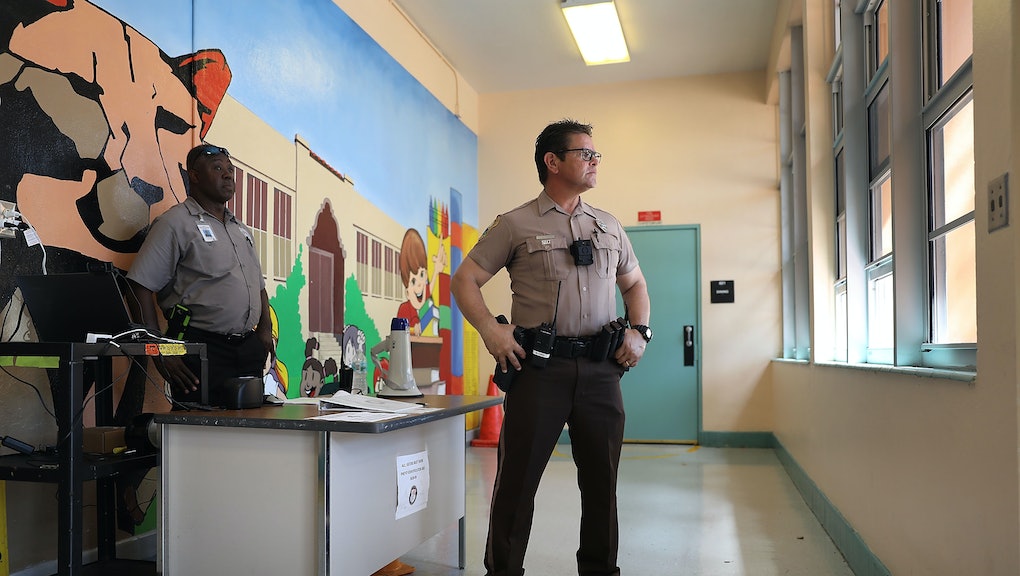 Report: No evidence that the security industry designed to prevent school shootings is effective

An Associated Press investigation into the school security industry found that fortifications designed to decrease the likelihood of deadly mass shooting events are being championed by both lawmakers and educators across the United States — despite no evidence existing that the solutions can actually help to save students’ lives.

In the wake of the February 2018 school shooting that left 17 students and faculty members dead in Parkland, Florida, security companies seized on a new opportunity to sell schools technological solutions to help prevent mass shootings.

According to the report, which cites two 2016 reports written at the direction of the Justice Department, “there’s no independent research supporting claims that much of the high-tech hardware and gadgets schools are buying will save lives.”

“If we’re just expecting technology to solve all these problems, I think we’re going to fall short,” Ronald Stephens, executive director of the National School Safety Center, told the AP. “And we may not like the climate we create.”

The technological solutions have been well received by Republicans. GOP lawmakers — unlike Democrats, who have increasingly rallied around gun reform laws as a means for cracking down on school violence — believe increased protections in schools, such as armed guards and fewer exits, might be the way forward.

Known as “hardening” measures, the fixes currently on offer can include perimeter fencing, smoke cannons and secret spaces in classrooms to hide from school shooters — and the installations come with a hefty price tag. In the wake of the Parkland shooting, Congress okayed $350 million in spending to be used on school security over the 10 years, and other states have begun poring over their budgets to free up even more cash.

Still, there’s no evidence that the costly security upgrades are effective to begin with — and the increased focus on their implementation could mean much-needed funding away from valuable prevention measures such as anti-bullying programs or counseling at-risk children.

To make matters worse, no set standards exist for school fortification systems as they do for systems like fire protection and plumbing — meaning that security companies set their own industry standards, often at the expense of school districts.

“School safety is the wild, wild west,” Mason Wooldridge, a security consultant who works with schools, told the AP. “Any company can claim anything they want.”