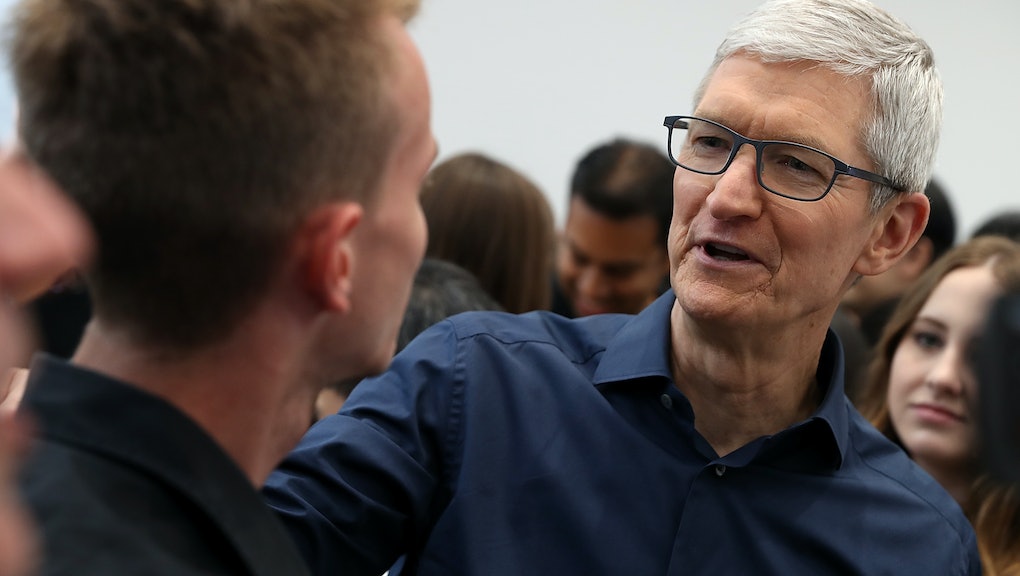 In July, Apple’s iCloud partner in China, Guizhou-Cloud Big Data, moved the data of users living in the country to servers belonging to the government-owned China Telecom. Now, in a new interview with HBO’s Vice News Tonight, Apple CEO Tim Cook has stressed to users that China’s government cannot access the data.

China has strict rules on how tech companies operate in their country. Facebook has been barred from the country due to China’s ban on foreign news. Google has worked on China-specific products, like a search engine that would censor anything the Chinese government requested. (The search engine has yet to launch). In Apple’s case, many wonder if the company operating there means the government has access to users’ data.

Cook says China’s values have not affected theirs — specifically, that Apple is not handing over data. “The thing in China that some people have confused, is certain countries, and China is one of them, has a requirement that data from local citizens has to be kept in China,” Cook said. “We worked with a Chinese company to provide iCloud, but the keys ... are ours.” Without encryption keys, encrypted data is unreadable.

Apple first announced the transfer of encrypted data and keys in January, and completed the migration in July. During the Vice News Tonight interview, Cook noted that, in most cases, only the sender and the recipient own the keys required to properly reveal personal data.

“Encryption for us is the same in every country in the world,” Cook said. Users in China are able to change which country their data lives in, according to the Verge.

The CEO also discussed user privacy, a touchy topic in tech ever since Cambridge Analytica co-founder Christopher Wylie blew the whistle on Facebook’s overreaching collection of user data. “We’re at a stage where more information is available about you online and on your phone than there is in your house,” Cook said. The CEO reaffirmed Apple’s stance of prioritizing users’ privacy. “We are not forming a detailed profile [of you] and then allowing other companies to buy the opportunity to target you,” Cook said.

The Apple CEO also addressed Alex Jones. Apple banned the InfoWars host from its podcast platform and app store pages back in August. It wasn’t alone: YouTube, Spotify and Facebook also removed content by Jones around the same time.

According to Tim Cook, the domino effect was not due to a coordinated effort. “I’ve never even had a conversation about this with another tech company,” Cook said. “We make our decisions independently.”

The choice to ban Jones saw pushback from some, like Fox News, Sean Hannity and, of course, Jones himself. Even some on the left say tech companies may have gone a step too far. Cook explained the companies’ actions by saying it was a common sense choice. “I think there’s enough there that reasonable people could agree that, if you’re going to curate, that that should be off.”