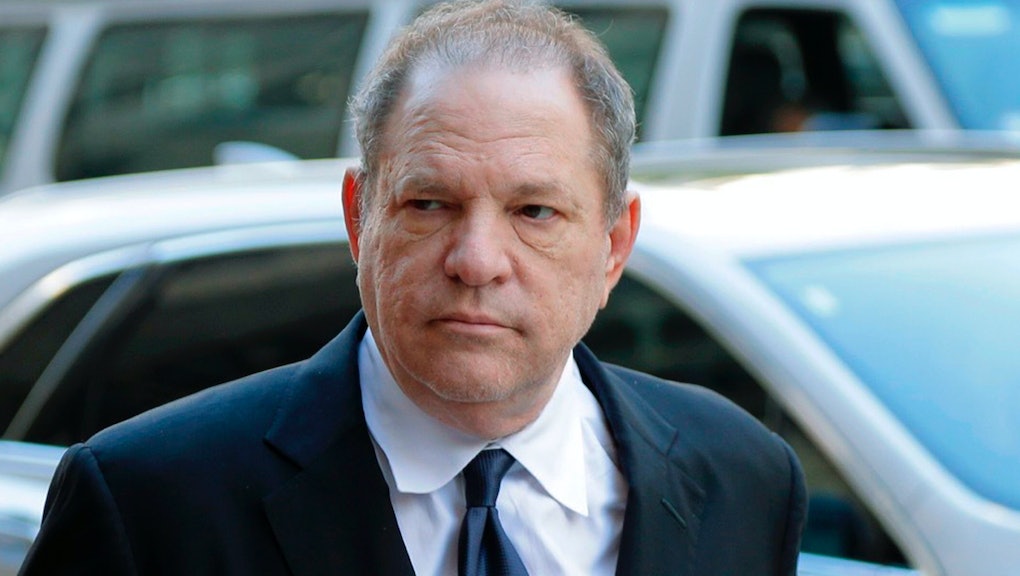 On Thursday, Eater reported that Harvey Weinstein made a reservation and was spotted at Babbo, the New York City restaurant still partly owned by disgraced chef Mario Batali. The spotting comes a year after allegations of sexual assault committed by Weinstein came to light, effectively giving rise to the #MeToo movement.

In May, after being arrested on sexual assault charges, Weinstein posted $1 million bail, with contingencies that included restricting his travel to New York state and Connecticut and wearing a monitoring device. (He returned to court in July to face additional charges of predatory sexual assault of two women).

Weinstein has since begun a career as a paralegal, Vanity Fair reported. In January, Weinstein was slapped in the face at an an Arizona restaurant. “You’re such a piece of shit for what you did to these women,” the individual who slapped Weinstein said, according to a video obtained by TMZ.

In December, four women accused Batali of sexual misconduct, Eater reported. Batali’s restaurant group has since been in the process of severing ties with the chef, though he remains a co-owner of Babbo.

The optics of Weinstein dining at a restaurant where the proprietors have been accused of sexual misconduct are incredibly tone deaf.