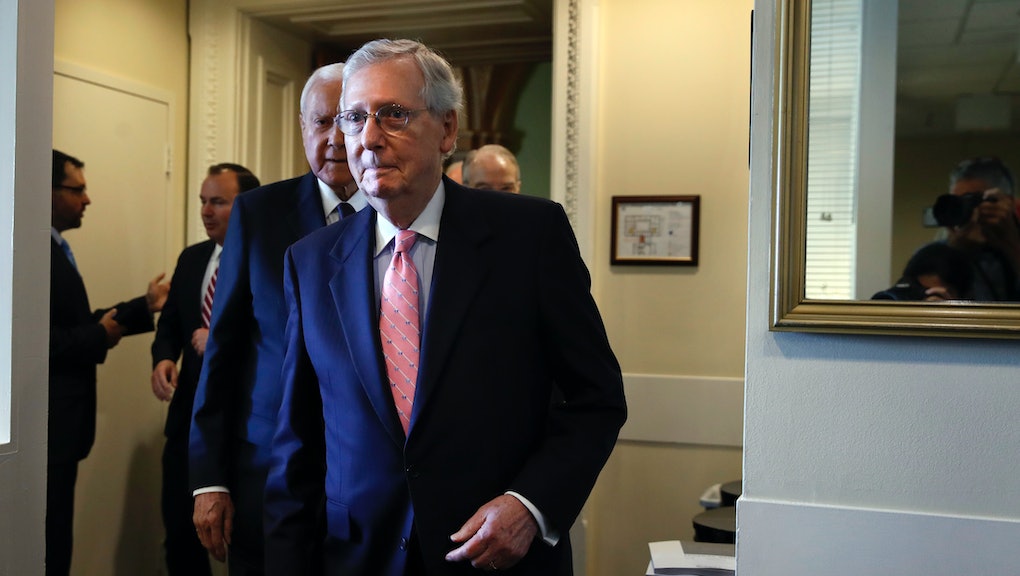 Mic Daily: Republicans prepare to vote on Kavanaugh — and other news of the day

Time’s Up, the group formed after #MeToo, has hired Lisa Borders as its first CEO

Of the many offshoot groups, protests and discussions from #MeToo, one was born specifically in Hollywood. On Jan. 1, a group of the industry’s most powerful actresses, directors, agents and other executives launched Time’s Up, their own push for solidarity, inclusivity and change.

Now, nearly a year after the Weinstein report, the group has hired its first CEO: Lisa Borders.

“This is the 87th day. That’s three weeks longer than the average of the last three or four nominees to the Supreme Court,” Senate Judiciary Chairman Chuck Grassley said Thursday at a news conference on Capitol Hill. “So don’t tell me we haven’t spent enough time.”

Amber Rose on pressures of rape culture: “I said ‘no’ but I did it anyway because I felt obligated”

The Amber Rose SlutWalk returns to the streets of Downtown Los Angeles for the fourth year on Saturday. 2018’s event will call special attention to voter registration ahead of the midterm elections in November.

Ahead of the event, Mic chatted with Rose about her hopes for this year’s SlutWalk, the pressures of rape culture, her evolving thoughts on marriage and what she’s looking forward to most this year.

With Brett Kavanaugh, Trumpism ascends to the Supreme Court

Brett Kavanaugh may be poised for confirmation to the Supreme Court following the “limited” FBI probe into the sexual assault allegations against him.

If a few notable swing voters in Congress vote “yes,” that could be enough to elevate Kavanaugh to a lifetime appointment on the Supreme Court, a move that would remake the nation’s high court in Trump’s image.

How Juul, the electronic cigarette, won over teens

Juul, the rectangular-shaped, battery-powered cigarette, has taken over schools across the nation. According to a survey by the Truth Initiative, nearly one-fifth of middle school and high school students report having seen a Juul used at school. The trend has become so popular, it’s even earned its own verb: “Juuling.” But despite its success, FDA commissioner Scott Gottlieb called the trend of using Juul and e-cigarettes an “epidemic” largely affecting kids, and doctors remain worried about its under-researched health effects.