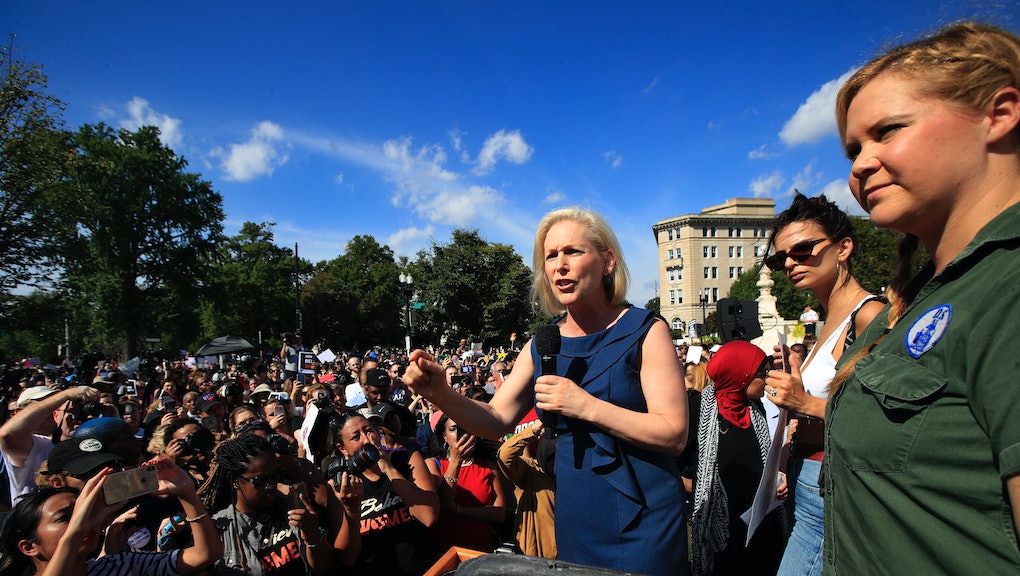 Schumer was one of hundreds of protesters who gathered in the Hart Senate Office Building, where senators and their staff work, to voice their opposition to Kavanaugh’s nomination.

Schumer can be seen in a video in which a Capitol Police officer tells protesters they will be arrested unless they leave the building.

“Do you want to be arrested?” the officer asks.

The protests come after Republicans scheduled a procedural vote on Kavanaugh’s nomination for Thursday morning.