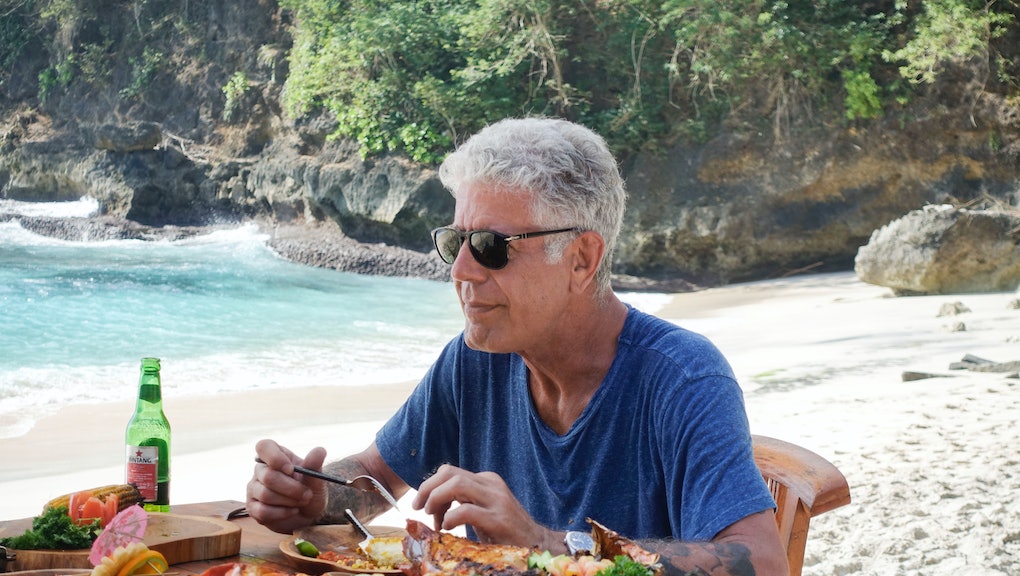 In ‘Parts Unknown’ episode 3, Anthony Bourdain attends a funeral and grapples with life and death

Parts Unknown is no longer Anthony Bourdain’s show. It belongs to the producers, and it’s now, in many ways, a story about how they are attempting to make sense of his death.

In episode three of the show’s 12th and final season, we follow Bourdain throughout Indonesia, the world’s fourth-largest country. An unidentified narrator — the credits later establish him as Kadek Adidharma, a Bali-based environmentalist who also appears in the episode — opens the show focusing on a shadow puppet performance, which helps to summarize the ideology of many Indonesian people and their culture.

“Heaven and hell are allegories — not truths,” Adidharma says. “Life is cyclical, and so is death.” Throughout the episode, we are reminded of dichotomies: “There is no right without wrong, there is no dark without light, but each interconnect,” the narrator says of Indonesians’ main philosophy. “The philosophy of the shadow play is to strive for balance. You cannot kill the dominant animal urges within — you must harness them, yet not be controlled by them.”

We see this paradox play out repeatedly, through the scenes of Balinese people working, hacking at the earth with tools. These images are contrasted with white people in leggings, performing yoga to achieve their Eat, Pray, Love fantasies, as Bourdain describes.

Juxtaposition strikes again, hilariously bittersweet, when Bourdain slugs back a fruity cocktail while sitting uncomfortably on a lounge chair at a resort — he wears his classic black tee and jeans, only trading his usual boots for flip-flops. Behind him are lively young partiers on oversized pool floats. “I hate Daft Punk,” Bourdain says.

The final segment of the show zeroes in on the Balinese funeral, a traditional ceremony that also embraces the notion of opposing forces existing in balance. Balinese people create beautiful, complex sculptures and ceremoniously wrap the body of the deceased only to burn it all down into ash that’s later scattered in the sea. A guest of Bourdain’s describes the practice as ephemeral art — it’s meant to enforce the idea that “we, too, are ephemeral,” he says.

In this conversation, the guest asks Bourdain what kind of funeral he’d envision for himself. “I don’t want a party,” Bourdain says, adding that he’d just like to be “reported dead.” “What actually happens to my physical remains is of zero interest to me. Unless it could provide entertainment value.”

As a viewer, the moment feels heavy and poignant. In an episode that grapples with death, it’s hard not to read into what we’re shown on screen. It may no longer be Bourdain’s story, but we have to trust that the producers are showing us the final parts of his life, the way he intended it to be.