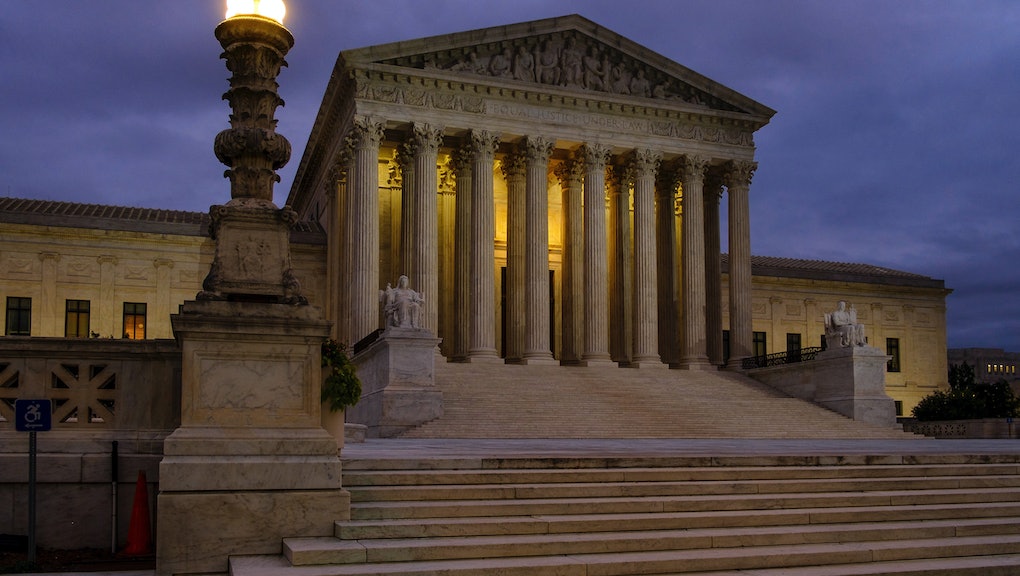 The Senate on Friday voted to advance Brett Kavanaugh’s Supreme Court nomination, setting him up for an up-or-down vote that could come as early as Saturday afternoon.

Still, while Kavanaugh passed this procedural hurdle, it’s unclear whether he has the votes for his final confirmation.

All eyes are now on Sens. Susan Collins (R-Maine) and Joe Manchin (D-W.Va.). Neither have said how they’ll cast their final vote, with Collins scheduled to make an announcement on her decision at 3 p.m. on the Senate floor.

Two of the other undecided senators have now made up their minds. GOP Sen. Lisa Murkowski of Alaska voted against advancing Kavanuagh’s nomination and would not tell reporters on Capitol Hill how she will vote in his final confirmation. However, a “no” vote on cloture this morning indicates a possible “no” on the final vote.

“I believe Brett Kavanaugh is a good man,” Murkowski told reporters, but she said he is “not the right man for the Court.”

With Murkowski a “no” and Flake a “yes,” either Collins or Manchin must vote yes or Kavanaugh’s nomination will fail. Given Manchin is a Democrat, prognosticators say it’s unlikely he’d cast the deciding vote on Kavanaugh’s nomination, meaning Collins currently holds the cards in her hand.

Kavanaugh could face an up-or-down vote as early as Saturday afternoon. However, a planned wedding could throw a wrench in that schedule for Republicans, as GOP Sen. Steve Daines of Montana will be back in his home state to walk his daughter down the aisle.

If Republicans need Daines’ vote to confirm Kavanaugh, they will likely have to wait until he returns after the wedding to hold the vote.