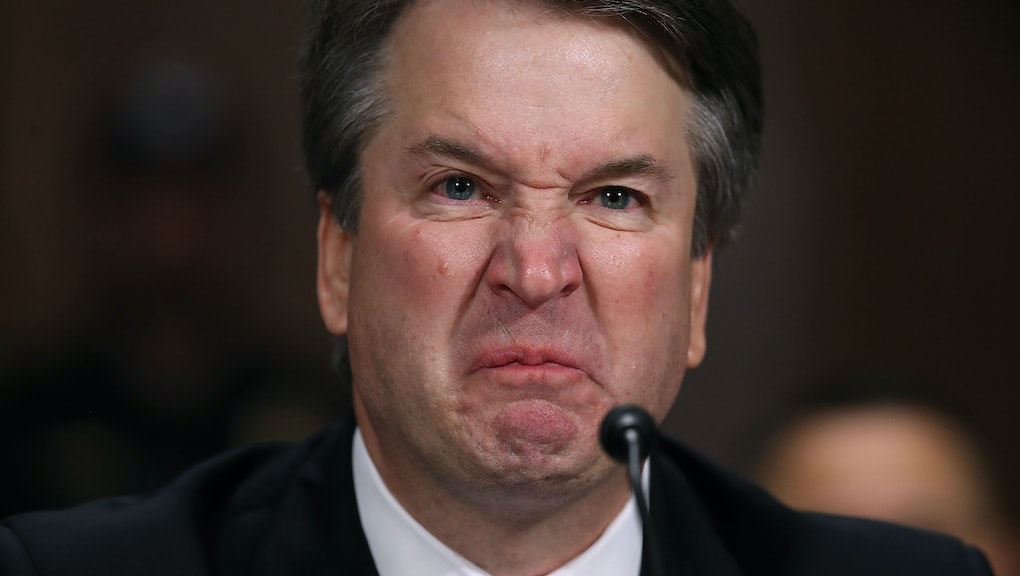 This Week in Trump-Russia News: Russia takes a backseat to Kavanaugh drama

But the Russia saga has marched on in the shadows — and could even be impacted by Kavanaugh’s confirmation.

Here’s what happened in the Russia investigation while senators battled it out over Kavanaugh — and how his confirmation could affect Mueller’s probe.

The Department of Justice on Thursday announced indictments of seven Russian intelligence officials associated with GRU over a hacking conspiracy to obtain nonpublic health information about athletes and others in the anti-doping files of multiple sports organizations in the United States and abroad.

“This was a criminal conspiracy that caused real harm to real victims,” John Demers, the assistant attorney general for national security, said in a press conference Thursday.

According to the DOJ, Russia — which was banned from the 2018 Winter Olympics over its massive doping conspiracy — sought to obtain and “selectively” release information that would undermine the “integrity” of the Olympic games.

The Kremlin had also targeted a U.S.-based nuclear power company and a chemical weapons watchdog that was probing the poisoning of former Russian double agent Sergei Skripal and his daughter, Yulia, in March.

Both survived the attack.

The United Kingdom, where the chemical attack occurred, charged two Russian nationals over the poisoning in September.

A Kremlin official with ties to Natalia Veselnitskaya, the lawyer at the center of the infamous 2016 Trump Tower meeting, died Wednesday in a mysterious helicopter crash, according to reports.

Karapetyan is only the most recent Russian official to die under mysterious circumstances. The Kremlin has a long history of political murders.

Karapetyan was a top official in Russian President Vladimir Putin’s government, and was believed to be directing Veselnitskaya’s campaign against the Magnitsky Act, which has been loathed by Putin since the U.S. passed it in 2012.

Veselnitskaya met with Donald Trump Jr., Jared Kushner and Paul Manafort in 2016 under the premise that she had damaging information about Hillary Clinton that had been collected by the Russian government.

The meeting has been a key episode in Mueller’s probe into possible conspiracy between the Trump campaign and the Kremlin to influence the 2016 election.

The meeting first came to the public’s attention in 2017. In an initial statement Trump crafted for his son, he explained the secret rendezvous as having been “primarily ... about the adoption of Russian children.” But that statement was quickly revealed to be misleading after Trump Jr. released emails that showed he went into the meeting under the impression Veselnitskaya had dirt on Clinton, his father’s 2016 opponent.

Mueller has been investigating Trump’s explanation of the meeting as part of his inquiry into potential obstruction of justice.

The Mueller investigation seemed to be at a crossroads a couple weeks ago after the New York Times reported that Rod Rosenstein, the deputy attorney general overseeing the probe, had discussed attempting to oust Trump from office in 2017.

Rosenstein, whose job security has long been a matter of public speculation, seemed poised to be fired after the bombshell — a move that could have major implications for the FBI inquiry he oversees.

But Trump last week delayed his highly anticipated meeting with the embattled deputy attorney general, at which the president was expected to decide his fate, amid the drama surrounding Kavanaugh’s confirmation.

“They do not want to do anything to interfere with the hearing,” White House press secretary Sarah Huckabee Sanders announced at the time, postponing the Trump-Rosenstein meeting that had been scheduled for the same day as a heated Senate Judiciary Committee hearing on Kavanaugh’s sexual assault allegations.

The meeting was initially moved to this week, but Trump again postponed things with Rosenstein until after Kavanaugh’s confirmation Saturday.

That confirmation could also have a major impact on the Russia probe down the road.

Kavanaugh has previously suggested he holds an expansive view of presidential power, which could come into play in possible future cases related to the Russia probe that could find their way up to the Supreme Court.

Democrats, including Sen. Patrick Leahy (D-Vt.), have raised concerns that Trump selected Kavanaugh to serve as an “extension of his power, not a check on it.”