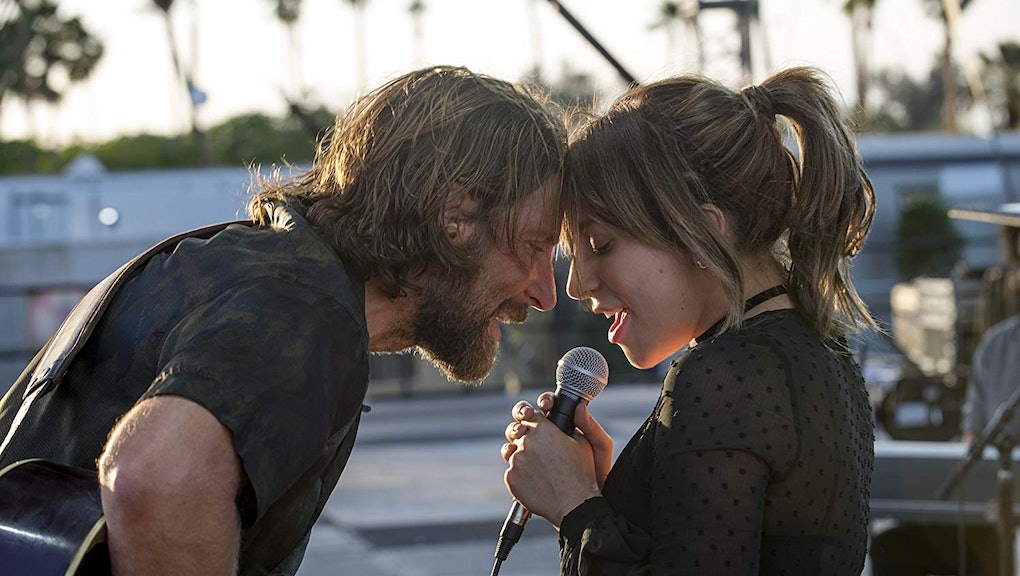 In the new ‘A Star Is Born,’ how much time actually passes?

The new remake of A Star Is Born, directed by Bradley Cooper who co-stars with Lady Gaga, is something of a sensation. It’s inspired memes and over-performed box-office expectations in its opening weekend. “Shallow,” the most recognizable song from the film’s soundtrack, was reportedly the best-selling song in the country as of Monday.

But, as A Star Is Born fever sweeps the nation, all of us lucky enough to have seen the film already are left with one lingering question: Just how much time actually passes over the course of that dang movie?

First, let’s go over the plot — and, if you still haven’t seen the film, look away now because here be spoilers. We start off in the indistinct present, when troubled star Jackson Maine (Cooper) discovers Ally (Lady Gaga) singing Edith Piaf in a drag bar. Seemingly the following day, he flies her to join him at a concert and invites her onstage, where the two sing together in public for the first time, effectively launching her music career.

And then, very quickly, he invites her on tour with him where she regularly sings onstage by his side and settles into her role as a full-on performer. (They also fall in love, obviously.) It’s after one of those performances on Jackson’s tour that Ally is approached by Rez (Rafi Gavron), a slick manager who offers her her own record deal. So, at this point, how much time has passed?

Well, it’s hard to come up with a real-world equivalent to Jackson Maine, but he’s sort of like a more rugged, more country version of John Mayer. Mayer’s 2017 The Search for Everything tour included some 48 shows in North America and Europe between March and September of that year. So let’s say Jackson’s tour is about six months long. Even if Ally just joins him for the final third, that means about two months have passed from the start of the film to the point where they go back to Jackson’s home in California together.

But here’s where things start to get a little fuzzy — Ally and Jackson are now living together with their new, adorable puppy. She’s recording a pop album, learning new dances and dying her hair while Jackson sinks further into alcoholism. When he passes out outside of his friend’s home (that friend is played by Dave Chappelle) instead of making it to one of Ally’s shows, she comes to get him.

He proposes and then, in a move that seems deliberately designed to make the timeline even more confusing, they get married that very same day. And shortly after that, Ally lands a spot as the musical guest on the season finale of Saturday Night Live, which means it’s May. The performance is to hype her new album, so let’s say this whole time in California, during which she and Jackson got married and she recorded a new album, has been about four to six more months, bringing us to about six to eight months total since the start of the film.

But then Ally finds out that she’s been nominated for three Grammy Awards, and Grammy nominations often come out in late November, so we’ve jumped ahead in time quite a bit. Six months have passed in between her SNL performance and the Grammy noms, so it’s now been more or less a year since the start of the film.

The Grammys typically happen in February, so by the time Ally wins and a wasted Jackson pees his pants onstage, it’s been about another three months. Then Jackson heads off to rehab, where he stays for, let’s say, two or three months. He’s home for what seems like three to six weeks of tentative recovery before he — spoiler alert — kills himself in the garage after he becomes convinced that he’s doomed to drag down the woman he loves.

So let’s guess that, within a few weeks or so of his death, Ally is singing at his memorial concert in the final scenes of the film. That means, if all our estimates are roughly correct, it’s been under two years, start to finish, since Jackson first heard Ally singing in the drag bar. It’s a short time for his career to fall, hers to rise and their doomed love story to run its course — but hey, that’s showbiz, baby. You just have to dive in.