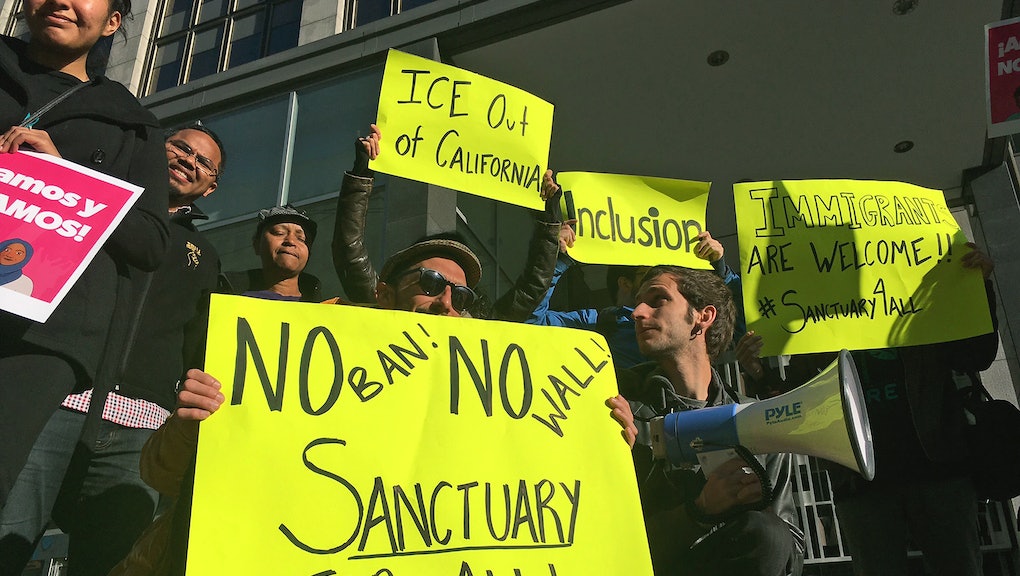 In response to a legal challenge from California and the city of San Francisco, the Trump administration’s policy to withhold funding from “sanctuary cities” was struck down in court Friday.

U.S. District Court Judge William H. Orrick became the latest federal judge to rule against the policy, following previous decisions against it in Philadelphia and Chicago. Orrick found that by imposing the funding terms, the Trump administration violated the separation of powers and spending power stipulated in the U.S. Constitution.

The legal challenge concerns a July 2017 announcement by the Department of Justice that imposed new conditions aimed at barring cities with “sanctuary” policies from receiving funds through the Edward Byrne Memorial Justice Assistance Grant Programs, which supports law enforcement efforts at the state and local level. The announcement came after a January 2017 executive order from President Donald Trump declaring sanctuary jurisdictions ineligible to receive federal grants, except when deemed necessary for law enforcement purposes.

Sanctuary cities are jurisdictions with policies that limit cooperation between local law enforcement and federal immigration authorities. The new DOJ guidelines for Byrne JAG funding stipulated that grant recipients were required to provide U.S. Immigration and Customs Enforcement with access to their correctional facilities and provide notice to ICE about the release dates of undocumented detainees.

The Trump administration contends that sanctuary policies violate Section 1373 of the Immigration and Nationality Act, which says state and local officials “may not prohibit or in any way restrict any government entity or official from sending to, or receiving from, the Immigration and Naturalization Service information regarding the citizenship or immigration status, lawful or unlawful, of any individual.”

Orrick struck down that regulation as unconstitutional, though he also offered a narrow interpretation of the law as only requiring jurisdictions to provide information on an individual’s immigration status, which both California and San Francisco are in compliance with.

Orrick also noted in his ruling the benefit of sanctuary policies, citing studies that show the policies increase public safety by making immigrants more likely to report crimes and increasing trust between law enforcements and residents, both in California and across the country.

In contrast, Orrick said the DOJ fails to explain the reasons it imposed the challenged conditions, as the Trump administration presented only a press release declaring sanctuary policies “make all of us less safe because they intentionally undermine our laws and protect illegal aliens who have committed crime” as evidence supporting their case. Orrick noted the release includes factually untrue claims, and does not demonstrate the link between allowing local government to maintain immigration confidentiality and less safe communities.

“It is worth emphasizing that the evidence before me indicates the opposite of DOJ’s rhetoric,” Orrick wrote. “In contrast to DOJ’s unsubstantiated view, California shows that imposing the challenged conditions may damage its law enforcement efforts.

“The record demonstrates the lack of evidence supporting [the Justice Department’s] position, that it failed to consider important problems with its conditions and has repeatedly offered explanations that are counter to the evidence,” Orrick later added.

Friday’s ruling is particularly significant given the state’s large size and immigrant population. Immigrants made up 27.3% of the state’s population as of 2015, according to the American Immigration Council, and the Migration Policy Institute reported the state is home to more than 3 million undocumented immigrants.

“Here’s the bottom line: There is no law requiring state or local governments to participate in immigration enforcement,” San Francisco City Attorney Dennis Herrera said in a statement on the ruling. “Immigration enforcement is the responsibility of the federal government alone. Federal officials can do their job in San Francisco and anywhere else in the country. San Francisco is not stopping them. ... But our police, firefighters and nurses are not going to be commandeered and turned into the Trump administration’s deportation force.”

California has also been a broader force against Trump’s presidency; state Attorney General Xavier Becerra said the sanctuary city ruling marked his 22nd legal victory against the Trump administration. Most recently, the state passed legislation reimposing and expanding net neutrality rules the administration repealed in December — which the Trump administration filed a lawsuit against within hours of the bill becoming law.

“Today’s ruling is a victory in our fight to protect the people of California,” Becerra said in a statement. “We will continue to stand up to the Trump administration’s attempts to force our law enforcement into changing its policies and practices in ways that that would make us less safe.”