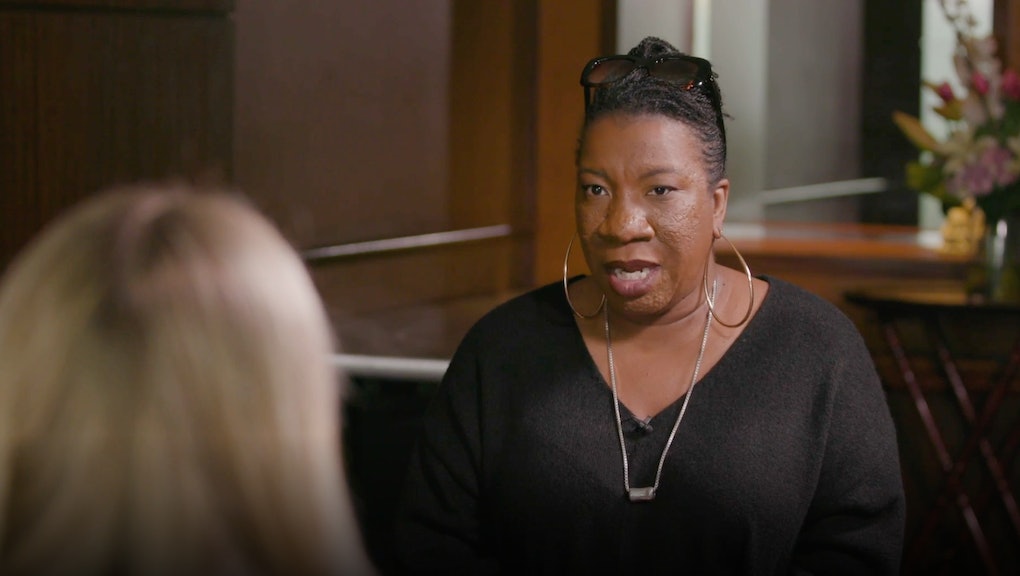 Tarana Burke says #MeToo has been misconstrued: “The hashtag wasn’t about taking anybody down”

It’s been one year since the New York Times and the New Yorker published stories about sexual assault allegations against Harvey Weinstein and millions of people started using social media to share their own assault stories using the hashtag #MeToo. But in an interview for Mic Dispatch, the movement’s founder, Tarana Burke, said its resurgence in the last year has had the wrong focus.

“People have weaponized #MeToo as opposed to seeing it as a tool,” Burke said. “It’s not a weapon; it’s a tool. Like, ‘look what #MeToo has done’ or ‘look who’s been #MeToo’d.’ That kind of narrative keeps getting pushed out with no context. And it’s been defined largely in pop culture and through mainstream media as a witch hunt.”

Burke is hoping the #MeToo movement becomes known for more than what media and politicians have made it out to be — and that it reverts back to her original intent when she founded the effort in 2006.

#MeToo has most recently focused on the confirmation hearings for now-Supreme Court Associate Justice Brett Kavanaugh, during which professor Christine Blasey Ford testified Kavanaugh had assaulted her when they both were in high school.

Burke was in the audience supporting Ford during her testimony.

“There was something very different and extra heavy about that experience,” Burke said. “Part of it was listening to her recount her story, something that’s so deeply personal in such a public way in a space that wasn’t 100% supportive.”

Despite an outpouring of advocacy from women and progressive organizations across the country looking to block his ascension to the nation’s highest court, Kavanaugh was confirmed by the Senate on Saturday. When asked how his confirmation affects the #MeToo movement and its progress, Burke was undeterred.

“Kavanaugh being confirmed doesn’t change the reality of what sexual violence is in this country,” Burke said. “We need to hold the people who appointed him accountable for appointing him, and election season’s coming and we need to remember that.”

As for the future, Burke is hoping survivors can begin to heal and move beyond the stories they’ve shared.

For more on Mic’s interview with Tarana Burke, check out episode 25 of Mic Dispatch — only on Facebook Watch.