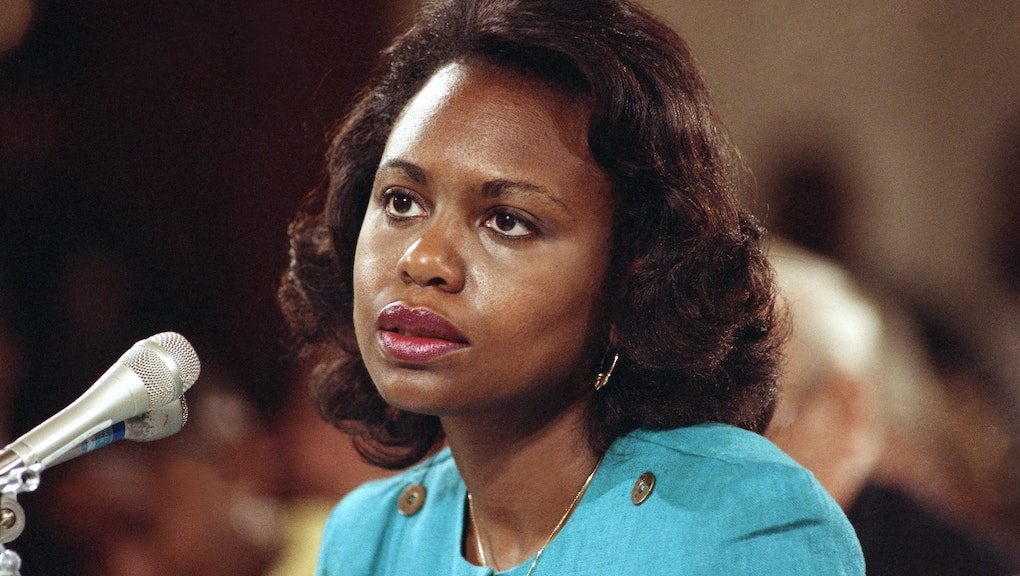 How to unlock the Anita Hill monument filter on Snapchat

Thursday marks 27 years since Hill told her story to the Senate Judiciary Committee about the harassment she endured from Thomas. She told the senators that she was first harassed by Thomas while working for the Department of Education Office of Civil Rights. The harassment continued when Hill became Thomas’ assistant at the Equal Employment Opportunity Commission. Thomas denied that these events happened.

“I am not given to fantasy,” Hill said at the time. “This is not something I would have come forward with if I was not absolutely sure of what I was saying.”

In an Associated Press interview, Hill commented on Ford’s allegations that Kavanaugh sexually assaulted her while they were in high school.

“The reason I think it’s not going to be fair is that it doesn’t give you all the information,” Hill told the AP. “And I believe it is designed to pit his word against hers, and we know that [he] has all of the power of the presidency behind him. And she doesn’t.”

In February, Mic honored Hill’s legacy as part of our Black Monuments Project. If each state were to receive a monument, we asked, who in each state would be deserving? Our answer for Oklahoma was Anita Hill.

Using augmented reality technology on Snapchat, you can pose with a rendering of Hill anywhere you want — a nearby park, for example, or near your local city hall building. Here’s how to get the AR filter on your phone.

1. Make sure, first that you have Snapchat installed.

How to unlock the Anita Hill Snapchat lens from your desktop

1. Open Snapchat on your mobile device and point the camera at the Snapcode below:

Make sure the lens is always at your fingertips

Bookmark this link on your mobile phone to make sure you can always access the Anita Hill statue on the go. Place the monument anywhere you think deserving of a statue dedicated to Hill.

Be sure to submit your snaps to “Our Story” with the hashtag #27YearsLater on Snapchat. Or tweet your selfies and photos of Anita Hill at the @Mic Twitter account and include the #27YearsLater hashtag.