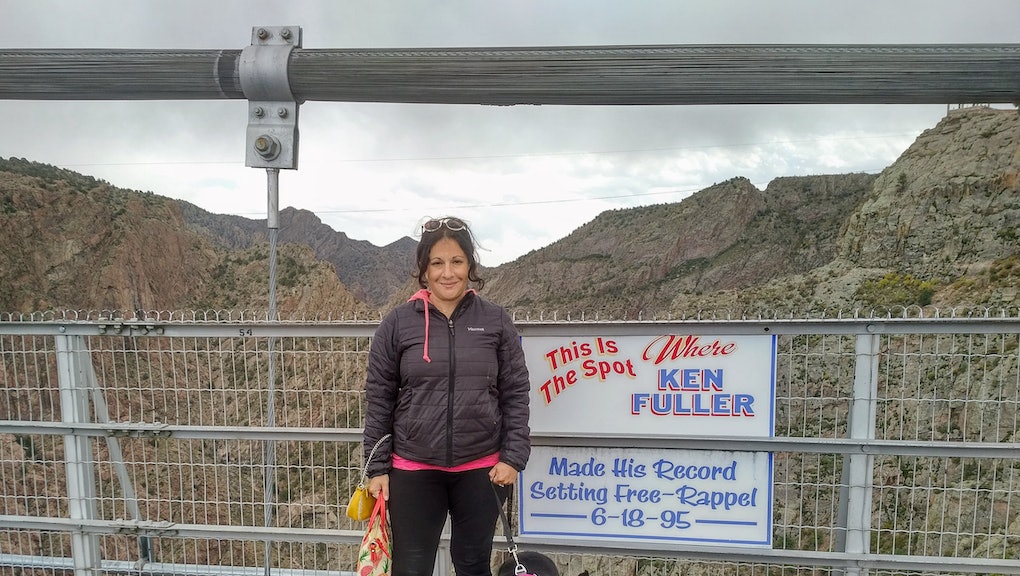 I was deprived of oxygen at birth. The way my mother tells the story, we both nearly died. I didn’t have any immediate noticeable disabilities from the few minutes I was hypoxic, but as I grew older I was diagnosed with a number of learning disabilities and, later, attention deficit hyperactivity disorder. I also have had generalized anxiety disorder, with panic attacks that come out of nowhere, for as long as I can remember.

As a child, I used to wake up from a dead sleep and feel sure I was having a heart attack. My body was clammy, my pulse was racing and my heart felt like it was going to jump out of my chest. I’d stagger into the bathroom and tell myself it wasn’t rational for 10-year-olds to have heart attacks. I was embarrassed by my condition and wasn’t professionally diagnosed until after college by Dr. Sean O’Donnell, a family practitioner.

Around three years ago I had a panic attack — which also makes my blood pressure shoot up — during a routine check-up at O’Donnell’s office. My ex had driven me to the appointment that day and was waiting outside with one of our rescue dogs, Bobbi. O’Donnell suggested I bring the pup inside, as I usually feel calmer in the presence of my dogs. With Bobbi next to me, my blood pressure returned to a more normal level and the anxiety began to recede.

O’Donnell, who knew how stressed I got when I flew for work, suggested I travel with Bobbi as part of my treatment plan. Airplane flights are another thing my brain loves to panic over for no good reason — and as a travel writer, I fly routinely for my job. I had gotten to the point where I was not taking assignments due to my fear of flying.

I could never have predicted what happened next. Bobbi not only relished her role of providing me with comfort during a panic attack, she took it one step further and somehow managed to know when an attack was coming and alert me. At first I thought Bobbi was just randomly licking my arm, but once I figured out what was going on, I started to reinforce the behavior by teaching her to paw and then bark softly to get my attention before a panic attack.

A stray “potcake” (the name locals give to the street dogs in parts of the Caribbean) who had spent her early years wandering around Grand Bahama, Bobbi is a bully breed mix with an inherently calm personality that puts people at ease. She is fazed by pretty much nothing and lives to please. It was very easy to train her to perform the necessary tasks required of a medical assistance service dog — alerting me before I have a panic attack, leading me home when I get disoriented during one or lying on top of me to calm me with her body weight. She also had to learn to ignore other people in public (and anything they are eating), to sit quietly at my feet when asked and to be comfortable operating in environments like escalators or loud, crowded train stations.

I was incredibly nervous the first time I flew with Bobbi. At that time, because we were still working on her service dog training, I carried a letter from O’Donnell identifying her as an “emotional support animal” to help with my anxiety. This meant she didn’t have to behave as perfectly as a service dog is expected to, so it took some of the pressure off me for her first flight.

I shouldn’t have been so worried. As soon as we got into the airport and Bobbi felt my anxiety, she went into work mode — no pulling on the leash, going up the escalator without hesitation and sitting patiently in the airport security line while I went through the scanner first, then called her to follow. People clapped for that one, which led her to wiggle her booty in joy. After clearing the scanner, she sat and waited patiently for her Transportation Security Administration pat-down and for me to clear the explosive swab test.

And then we were on the plane. I had forgotten just how tiny Frontier Airlines seats are. Bobbi is nearly 70 pounds and I was worried how she would fit, but she laid herself down, slid right under the seat in front of us and didn’t complain for the entire flight. It was only once we got off the plane that I got a good look at her face and noticed the crumbs hanging off her jowls. Chip dust, nut crumbs, God knows what else. No wonder she had been so happy to slide right under the seat: She’d been in leftover crumb heaven, giving that carpet a deep clean with her tongue. Regardless, I never booked anything but a bulkhead seat for us again.

Since that first flight, we’ve had some amazing bonding experiences together. She’s ridden the cog railway to the top of Pikes Peak in Colorado and the aerial tramway to the top of Palm Springs in California. She’s gone camping in Joshua Tree National Park with 60 underprivileged children and top National Park Officials to celebrate the centenary birthday of the NPS. She’s gone trick-or-treating in Washington, D.C, swam in the Pacific Ocean in British Columbia and taken a cockpit selfie with the Delta Airlines pilots who flew us first class to Vancouver for a wine festival one year. Sadly, she can no longer fly Delta, as she has characteristics that resemble a “pitbull-type dog” which, service animal or not, are now banned on all Delta flights.

We’ve also had some less-than-perfect encounters, mainly involving people being scared of the way Bobbi looks. Some have been scared to sit next to us on flights; one time a man in the airport called her a “pitbull killer” and said she shouldn’t be allowed on a plane. On social media, people have sometimes questioned how I travel with Bobbi.

That answer is pretty straightforward: Bobbi has chronic Ehrlichia, a tick-born disease she contracted when she lived in the Bahamas which can cause her platelet levels to drop dangerously low at any point. It can only be treated with one type of antibiotic when it flares up and the disease also puts her at risk of internal bleeding. This keeps her from accompanying me on a lot of international trips, which also causes me stress. But I refuse to put her life in jeopardy, so when her veterinarian says it isn’t safe for her to travel to certain destinations where we wouldn’t be able to get to a vet immediately if necessary, she stays home and I suck it up and go on my own.

These days, travel with Bobbi feels like a game. Instead of worrying about having a panic attack, I’m focused on her clearing security or distracted by someone wanting to give her a hug or asking what service she performs. Others want to compliment her for being so calm and well-trained. Sometimes TSA wants to take her picture. When I know Bobbi is coming with me on a trip, I don’t have to worry about days of panic before I fly.

But it isn’t always easy putting all my faith in my dog. A small portion of my brain still says: “How can she possibly know?”

This was especially true when we first started out as a team.

There was one trip to Vancouver when I was completely disoriented and my phone battery had died. I was anxious because I had no idea how to get back to the hotel, and the more frustrated I grew, the more I started to lose rational thinking ability. Bobbi took control and started walking purposefully in the opposite direction of the way I had been going. I tried to haul her the other way, but she dug in and refused to move. After I gave up and let her lead, we made it back to the hotel in 15 minutes, to my absolute chagrin and relief. I took her out for a burger that night and started trusting her entirely. She hasn’t let me down since.