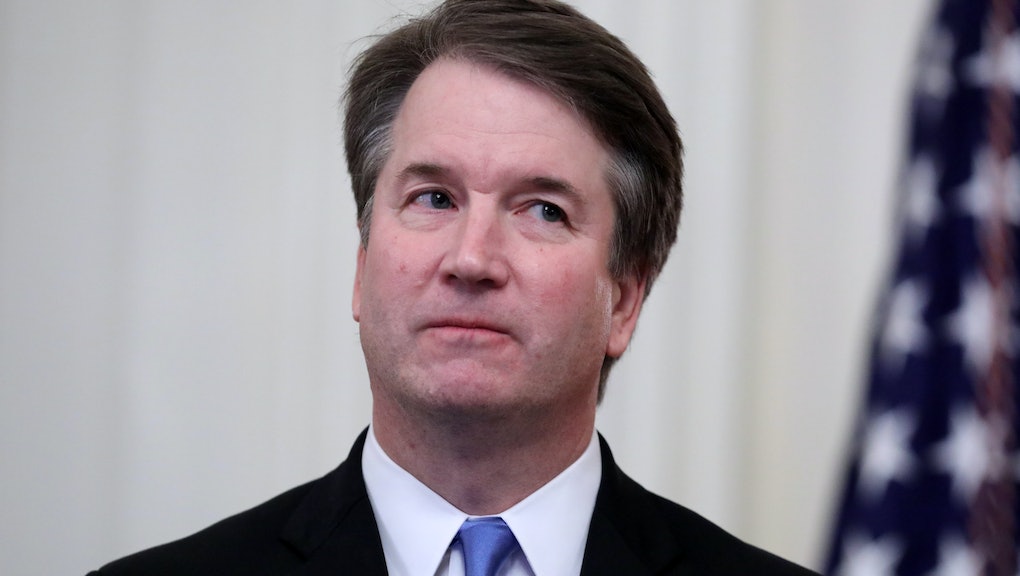 • It’s yet another day of campaign travel for Trump, who on Wednesday is headed to Erie, Pennsylvania, for a campaign rally.

About last night: The GOP claim that Kavanaugh helped their midterm hope was ... wrong

Republicans, elated over their successful confirmation of Supreme Court Justice Brett Kavanaugh, claimed the battle over Kavanaugh’s nomination energized the Republican base and helped their party’s quest to retain their House and Senate majorities in November.

But two national polls have now been released that demolish this narrative, with both showing that it’s Democrats who are energized over the Kavanaugh fight.

A CNN poll released Tuesday found Democratic enthusiasm climbed to its highest level of the cycle, as did the party’s lead on the generic congressional ballot — a good indicator of which party will win control of Congress.

Democrats also opened up a 10-point lead on the generic congressional ballot, with 48% of voters saying they will vote for Democrats in November as opposed to the 38% who say they will back Republicans. That’s up from the 7-point generic ballot lead Politico/Morning Consult found in a poll last week.

The results in both the CNN and Politico/Morning Consult polls also showed women are a key factor to Democrats’ lead.

Trump has brought his inflammatory campaign rhetoric to the pages of USA Today, writing an op-ed that accuses Democrats of wanting to turn the United States into Venezuela with their “Medicare for All” plan, which Trump says “threatens America’s seniors.”

“The Democrats’ plan means that after a life of hard work and sacrifice, seniors would no longer be able to depend on the benefits they were promised,” Trump wrote. “By eliminating Medicare as a program for seniors, and outlawing the ability of Americans to enroll in private and employer-based plans, the Democratic plan would inevitably lead to the massive rationing of health care.”

Trump’s op-ed comes as Democrats hammer Republicans on the television airwaves on health care, pointing out in ad after ad that the GOP’s health care plan that failed to pass Congress last year would have eliminated protections for people with pre-existing conditions and charged seniors more for coverage.

Michael Bloomberg registers as a Democrat: The former mayor of New York who went from being a Democrat to a Republican to an independent has now officially re-registered as a Democrat ahead of the 2018 midterms and a possible 2020 bid for president.

“At key points in U.S. history, one of the two parties has served as a bulwark against those who threaten our Constitution,” Bloomberg wrote in an Instagram post filling out his registration form. “Two years ago at the Democratic Convention, I warned of those threats. Today, I have re-registered as a Democrat – I had been a member for most of my life – because we need Democrats to provide the checks and balance our nation so badly needs.”

Nikki Haley unexpectedly resigns: Trump lost another senior official on Tuesday, when UN Ambassador Nikki Haley announced she will leave her post at the end of the year. Her resignation came as a shock to people within the Trump administration.