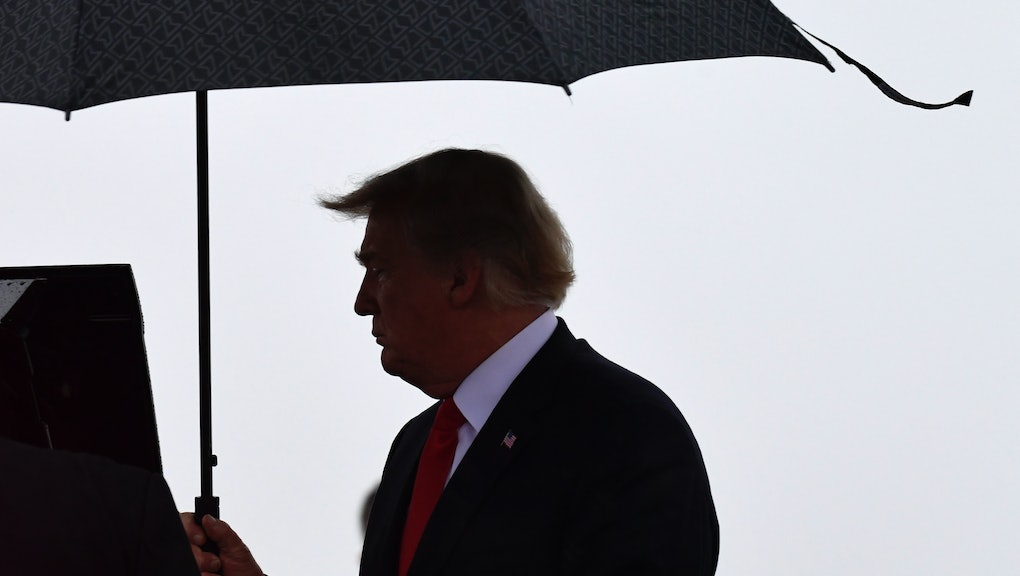 President Donald Trump this week dismissed the grave findings of a United Nations report on climate change, bizarrely questioning who “drew it” and claiming that other reports suggest the climate is “fabulous.”

It was a stunning, if not surprising, dismissal of a dire warning by 91 of the world’s top scientists — and just the latest instance of Trump casting doubt on climate change that the report says could lead to major environmental disaster in just over 20 years.

“His disrespect and dismissal of [the IPCC report] is outrageous and dangerous,” Rep. Suzanne Bonamici (D-Ore.), the top Democrat on the House Subcommittee on the Environment, said in a phone interview. “We need to get serious about this. Our inaction is a tremendous problem.”

According to the IPCC report released Monday, countries need to make “rapid” and “unprecedented” cuts to carbon emissions to limit global warming to 1.5 degrees Celsius and avoid potential environmental catastrophe.

The report cites more than 6,000 references and 42,000 “expert and government review comments,” according to the IPCC, which is considered the international authority on climate change.

It’s an exhaustive, alarming report, but Trump has not appeared to read it — and has given little indication that he has even heard of the U.N. body that produced it. And while he promised that he’ll “be looking at it, absolutely,” he also said Tuesday that he wants “more industry ... more energy.”

“I want more,” he told reporters, suggesting that he would continue to pursue policies that could worsen climate change.

He has long ignored or cast doubt on the scientific community’s consensus that human activity is causing dangerous climate change, and has frequently exhibited a profound misunderstanding of the science behind it.

“It’s late in July and it is really cold outside in New York,” Trump once tweeted in 2014. “Where the hell is GLOBAL WARMING???”

As president, he has undone numerous Obama-era environmental protections, including withdrawing the United States from the Paris climate accord in 2017. His administration has also “de-emphasized” climate change at the Environmental Protection Agency, former members of a key scientific advisory committee told Mic in 2017.

With the U.S. as one of the top carbon dioxide-polluting nations, Trump’s disregard for climate change could have disastrous consequences for the world — and for American security, experts say.

“The IPCC report makes clear that unchecked climate change will cause tremendous damage to our nation and the world,” Peter Frumhoff, director of science and policy and chief climate scientist at the Union of Concerned Scientists, said in an email interview. “If the president wants to learn more about why he should take the report’s findings seriously and set policies to slow climate change, he should check with his military advisors and the U.S. National Academy of Sciences.”

Trump’s strange, dismissive comments about the IPCC report came as Hurricane Michael bore down on Florida. Scientists have said that climate change has worsened Michael and other recent storms, including the one that devastated Puerto Rico in 2017.

According to Bonamici, that makes it all the more “appalling” that the Trump administration isn’t taking urgent action to address the issue.

“This administration is taking us in the wrong direction,” Bonamici told Mic. “I would hope this report wakes people up. This isn’t something that can wait.”