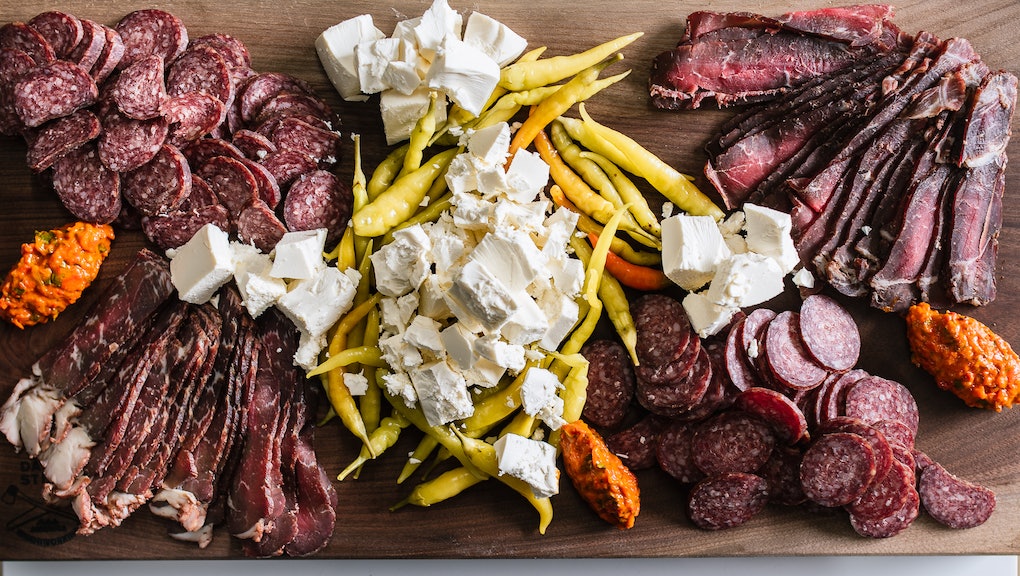 St. Louis has the makings of America’s next great food city — with none of the pretense

In one long weekend, I paced my way through a medley of elegantly prepared produce, house-made sausage and bread in a refined but unstuffy James Beard Award-nominated restaurant. I tore through street foods of Sarajevo-style cevapi (grilled mixed-meat sausages) and pide (Turkish wood-fired flatbread) from a teal and fuchsia food truck. I stuffed myself with feijoada, a hearty Brazilian meat and bean stew brightened with orange slices. Had time allowed, I’d have visited a brewery serving Dominican and Cuban fare. That’s a culinary excursion I’ll save for my next visit to St. Louis.

That’s right. The Midwestern city, known for its Gateway Arch and storied musical history, is becoming a destination for food lovers — and it’s standing out with its affinity for seasonal, responsibly grown ingredients and refreshing take on hospitality.

St. Louis dining, then and now

“Back in the day, there were steakhouses and Italian restaurants,” restaurateur Qui Tran said in a phone interview.

Tran arrived in St. Louis in 1980 as a refugee from Vietnam and grew up in the Hill, a hub for the city’s Italian community. Tran, who runs Mai Lee (considered by many to be St. Louis’ first Vietnamese restaurant) and Nudo House, added, “There were one or two French restaurants. It was very old-school.”

“When I was younger, people went out to eat with the intention of going out to a fancy, upscale restaurant, like Ruth’s Chris, or you went to Applebee’s or Red Lobster,” Reyes said in a phone interview. “St. Louis has always had the Arch and the Zoo, but food has not been here and it’s becoming this big, amazing thing.”

When people think about St. Louis, they think of a very Midwestern flavor profile — “very macaroni and cheese,” Reyes said. Thanks to top chefs, a focus on local sourcing and a collaborative approach to entrepreneurship, the culinary landscape is expanding quickly and challenging assumptions of what Midwestern food means.

The beginning of a new St. Louis food scene

Nashan and Craft could have worked anywhere in the country, but “these chefs were choosing to be here,” Loryn Nalic said in a phone interview. A longtime St. Louis resident who owns Balkan Treat Box with her husband, Edo, Nalic said she has seen the restaurant scene broaden over the years from home-style cooking to more upscale restaurants worth traveling for. Nalic’s food truck serves Bosnian and other Balkan-inspired street food, a nod to the large population of Bosnians that began settling in St. Louis in the 1990s.

The next generation of St. Louis chefs

A new wave of chefs are striking out on their own and thriving, Chris Bolyard, a chef-turned-butcher who co-owns Bolyard’s Meat & Provisions, said in a phone interview. He rattled off examples in quick succession, like the duo behind Kounter Kulture, which serves a takeaway menu of Asian-inspired dishes, or Christy Augustin, who worked under Nashan and now co-owns Pint Size Bakery. Bolyard himself also worked under Nashan for 10 years.

Matt Daughaday, who once worked for Craft at the now-closed Niche, is doing his own thing at Reeds American Table.

“His menu is always changing, but you can’t lose with the bacon-fat cornbread or mushroom lasagna,” Tran said.

As in the rest of the country, there’s a movement in St. Louis toward highlighting where food comes from — and restaurateurs say residents are hungry for this information.

People are becoming more educated about and interested in eating locally and seasonally, Schlafly Beer gardener Ally Conner said in a phone interview. In turn, “they’re supporting local and urban farms,” she added.

According to figures released by the Department of Agriculture in 2010, Missouri had the nation’s greatest year-over-year percentage growth in the number of farmers markets, the St. Louis-Dispatch reported at the time.

Diners are also concerned with what the animals were fed and how they’re handled, Bolyard said. “It’s silly to say farm-to-table because it’s just how people cook these days,” he added. “Sourcing [ingredients] from local farms is common practice.”

“Midwesterners are gloriously friendly people,” Tamara Keefe, founder of Clementine’s Naughty & Nice Creamery, said. Her ice cream parlors scoop classic, boozy and vegan flavors. She relocated to St. Louis from California a decade ago as part of her corporate job at the time.

“You’re in our home,” Tran said. “We want to remember people’s names, we want to let you know we appreciate you. That is the epitome of St. Louis.”

By Nalic’s accounts, the city’s culinary scene has moved away from its once insular and competitive feel.

“We’re a cool, badass, supportive city, and we love it and want it to be better — and the only way we know how to do it is to be on each others’ side and build it up together,” she said.

Keefe recalled a difficult time sourcing almond flour for a macaron ice cream sandwich recipe before she teamed up with a local pastry chef to make a wholesale purchase. Nalic, who will open a permanent location for Balkan Treat Box in the coming months, said a lot went wrong leading up to her food truck’s launch and credited the food community for helping her team bootstrap the business. “We would not be open had it not been for our local food scene,” she added.

The local tourism board is also helping to bolster momentum. An entire section of the St. Louis Convention & Visitors Commission website is dedicated to helping visitors navigate the myriad dining opportunities by neighborhood.

According to restaurateurs, the city’s lower cost of living creates more opportunities to experiment with different concepts, while Midwestern culture keeps small businesses rooted in the area.

“We’re a small, tight-knit community with a family-supported feel to it,” Bolyard said.

Across the country, St. Louis joins emerging cities like Asheville, North Carolina, and Oakland, California, in redefining what food in their region can and should taste.

“Fifteen years ago, I’d ask, ‘Where the hell are we going to eat?’” Tran said. “Now I’m saying the same thing but it has a different meaning.”