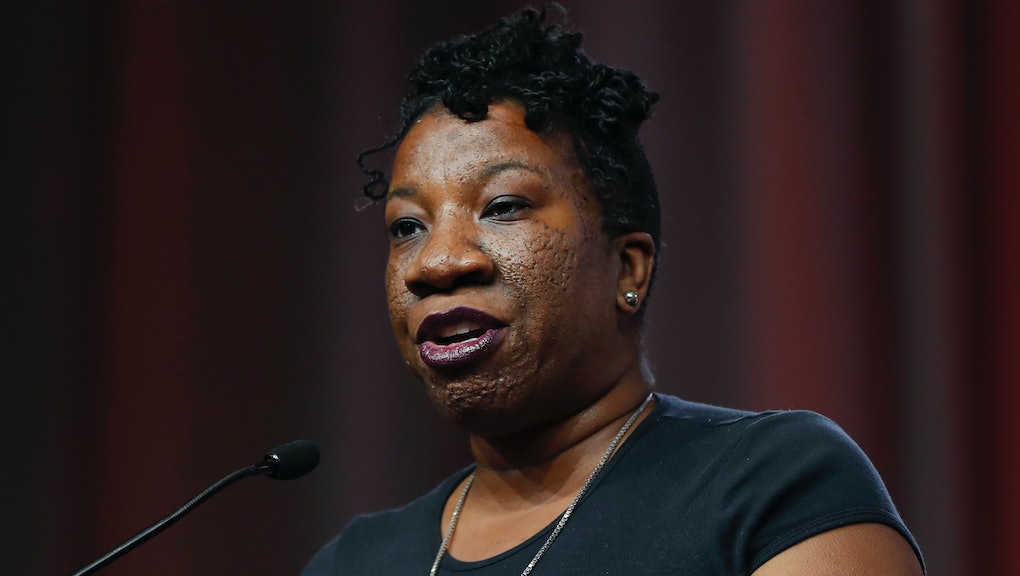 It’s Natelegé Whaley, culture reporter at Mic, and I’ll be taking over The Movement newsletter. I’m really excited to fill you in on the social justice must-reads on our site and around the web.

This week’s newsletter focuses on GoDaddy’s dealings with an alt-right apparel company, a billboard campaign tackling social issues ahead of Election Day and the tragic killing of Ciara Minaj Carter Frazier, a black transgender woman.

Chauncey Alcorn inquires why GoDaddy is hosting a website for The Right Brand — a clothing line founded by alt-right group Rise Above Movement — which is funding legal fees for four men who were arrested for their roles in the deadly 2017 Unite the Right rally in Charlottesville, Virginia.

Alcorn also interviewed Tamir Rice’s mother, Samaria Rice, who planned to travel to Bellaire, Ohio, this week to protest the hiring of former Cleveland police officer Timothy Loehmann who shot and killed Tamir in 2014. As of Thursday, Loehmann backed out of the position, according to NBC News.

Kendall Ciesemier’s interview on Mic Dispatch with #MeToo founder Tarana Burke and why she says the movement’s messaging has been misconstrued. Watch the full episode here.

My piece on the 50 State Initiative, a series of thought-provoking billboards that are popping up across the country addressing social issues — like America’s broken immigration system and police brutality — ahead of Election Day.

On the anniversary of #MeToo entering the mainstream conversation, the New Yorker dives into why the language of the movement needs to be more inclusive.

Colorlines highlights an insightful new report from the Pop Culture Collaborative looking back at 100 years of onscreen depictions of Muslims and how Hollywood can do better in representing Islamic identity.

For the New York Times, Charles Blow digs into the “increasing amplification of a reactionary white male victimization syndrome that has consumed modern American conservatism.”