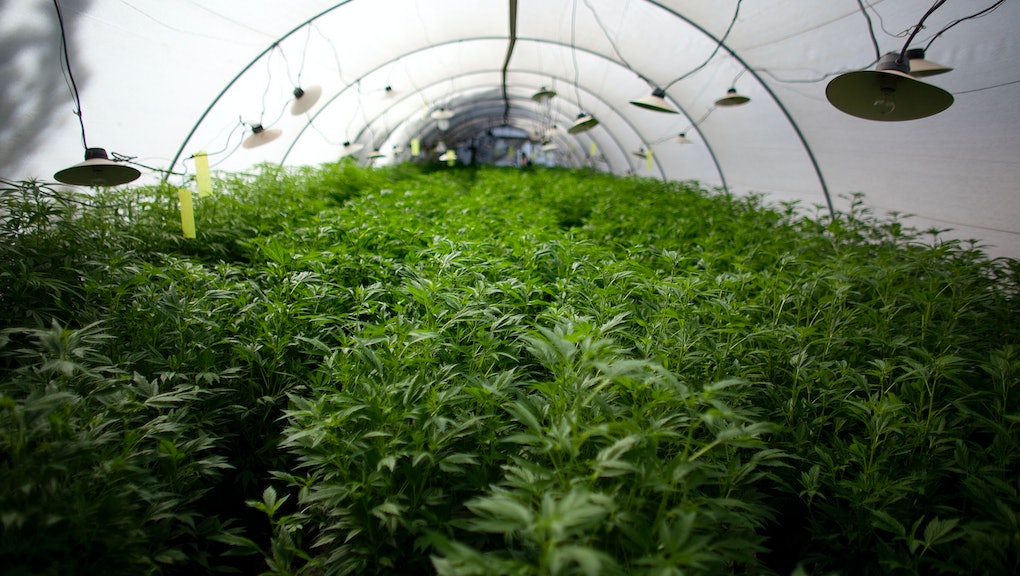 A Canadian university is preparing students for careers in pot

On Wednesday, Canada legalized recreational marijuana, making the country the second nation in the world to do so. Canadians everywhere are celebrating its long-awaited inaugural day, lining up at dispensaries and buying cannabis-infused products in droves. In a press conference, British Columbia’s minister of public safety, Mike Farnsworth, noted the province’s retail site sold at least 1,000 marijuana-products in its first hour.

With a value of $31 billion in Canada alone, the pot industry has also nabbed the attention of major corporations like Coca-Cola and Constellation Brands (makers of Corona beer), eager to cash in on the green trend. And now, one college wants to educate a new generation about the value of pot by teaching its students the art of growing cannabis.

Preparing for a career in pot

In April, Niagra College in Ontario, Canada, announced its cannabis production program, designed to prepare students for careers in the marijuana business. According to the program’s website, the one-year term for post-graduate students includes classes on everything from plant nutrition, crop health, pest management and proper lighting to the business of marijuana production at large, like meeting quality and packaging requirements as determined by Canadian law.

Classes are held in modified, climate-controlled shipping containers, conducive to marijuana growth. All classrooms are also secured with an 8-foot fence, barbed wire and keypad access to protect the weed, Bill MacDonald, a professor and coordinator of Niagra’s cannabis program, said by phone (It is a college campus after all, he added.) Tuition for the program costs roughly $12,000 in total.

The program was born out of a partnership between the university and Canopy Growth, a major Canadian cannabis-grower that recently received $4 billion in investment from Constellation Brands. “As we continue our growth, it’s essential to find candidates and employees with industry-specific knowledge,” Mark Zekulin, president of Canopy Growth said in a statement regarding the partnership.

MacDonald said a large demand for marijuana and a workforce to support it were reasons for creating the program. “Licensed producers came up to me and said, ’We [have] to train people. We don’t have people with the skillset to really take cannabis and grow it to a large, technical size,” he said. “The demand from the industry is why we decided to do it.”

While recreational marijuana is legalized in the country, each Canadian province governs its use and distribution differently. Some provinces like Ontario, for example, are reportedly planning to set a minimum age of 19 to buy pot, while other provinces like Quebec have set a minimum of 18. MacDonald said staying on top of ongoing news has become an unintended, crucial part of the program’s curriculum. “I’m up until midnight reading regulations so I can learn them and discuss them the next day — it’s changing daily,” he said. “All of the instructors in this are hanging on for dear life.”

Unsurprisingly, both interest and enrollment in the program have surged after news of the program broke in the spring. “I became the most popular professor on campus,” MacDonald said, but gaining admission to the program is tough, apparently. For its first term beginning September 2018, the program accepted 24 students from an applicant pool of 300 applicants, an acceptance rate of just 8%. Application requirements include a previous degree in a science and a portfolio, MacDonald said, that demonstrates entrepreneurship and some interest in plant-based sciences.

According to MacDonald, the program’s initial term has attracted a diverse group of students, eager to advance in the cannabis industry in growing, production or other operational roles. “Some are, pardon the pun, very green. But others have already had a medicinal license and [were] growing at home,” he said. “There’s a smattering of experience, but now we’re bringing it to the next level.”

And for those applicants interested in reaping the benefits of their growing skills, all pot grown in classrooms is destroyed after the term. Though, after the program’s completion, graduates receive a certificate and an education that prepares them for a rapidly growing cannabis market, with change that happens on a day-to-day basis, Macdonald said. “Once you go into the [cannabis] industry, you’re not working eight-to-five,” he said. “Its an industry that’s going like a freight train and that’s what we’re training people in.”