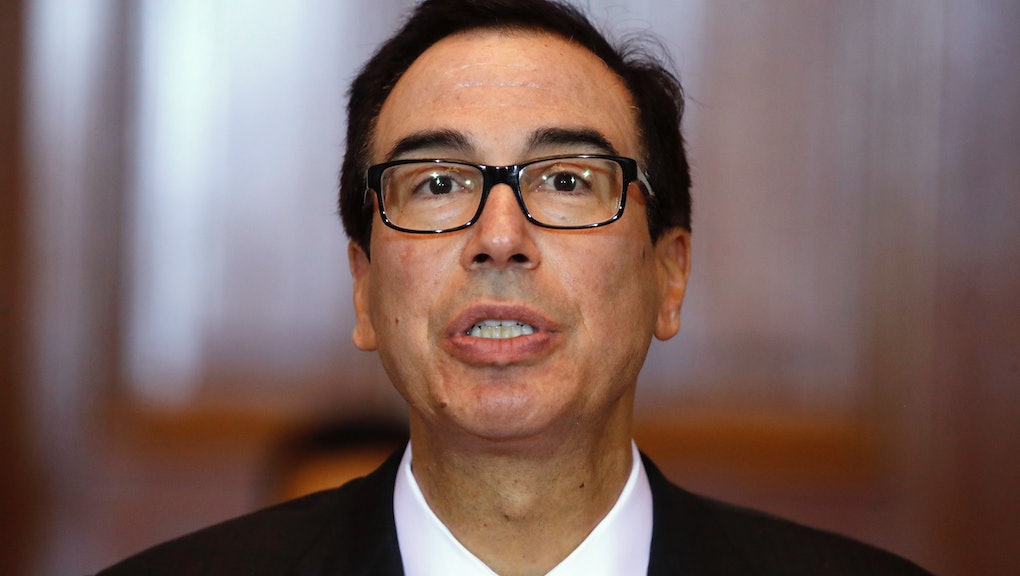 Treasury Secretary Steve Mnuchin announced Thursday that he will not participate in the Future Investment Summit in Saudi Arabia, planned for Oct. 23 to Oct. 25, amid growing global outrage over the presumed killing of a journalist.

Business leaders have been pulling out of the Riyadh conference, known as “Davos in the Desert,” in the wake of the disappearance of dissident journalist Jamal Khashoggi earlier in October.

He was last seen entering the Saudi consulate in Istanbul on Oct. 2.

The Turkish government has said Khashoggi was killed and dismembered at the direction of the Saudi regime, which has denied wrongdoing.

Trump, who has significant business ties to the Saudi government, has appeared to accept the kingdom’s denials and has defended the regime, lamenting that it’s another case of “guilty until proven innocent.”

That’s put him at odds with lawmakers on Capitol Hill, including some of his closest allies, who have urged the administration to hold Saudi Arabia accountable.

Whether his decision to withdraw from the conference signals a shift in the administration’s approach to Saudi Arabia remains to be seen.

Pompeo, who visited Riyadh earlier in the week, said Thursday the administration would “give [Saudi Arabia] a few more days to complete” an investigation into the disappearance before deciding on a response.

“There are lots of stories out there about what has happened,” Pompeo told reporters after meeting with Trump. “We are going to allow the process to move forward.”

Trump tweeted Tuesday that Saudi officials had “started, and will rapidly expand, a full and complete investigation into this matter.”

Saudi Arabia is notorious for its human rights abuses, but has been a key U.S. ally in the Middle East for more than seven decades.

At the inaugural Future Investment Summit in 2017, Crown Prince Mohammed bin Salman promised sweeping cultural and political reforms, saying in an address to international business and political leaders that the kingdom would adopt a “more moderate Islam” that would be open to “all religions and to the world and to all traditions and people.”

“We will obliterate the remnants of extremism very soon,” the crown prince said in 2017.