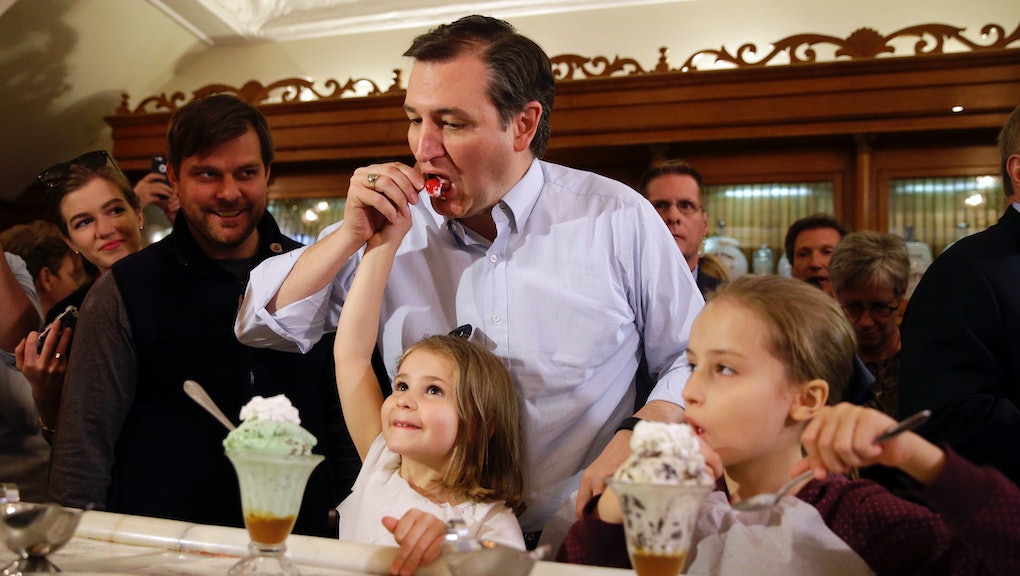 An estimated 61% of Americans dine out at a restaurant at least once a week. According to his recent podcast, however, Fox News host Tucker Carlson doesn’t fall in this majority.

“Having someone scream ‘fuck you’ at a restaurant, it just wrecks your meal,” Carlson said. “I don’t really go to restaurants anymore. ... It’s sad. I can’t wait for this revolution to end so I can go out to dinner.”

Carlson’s experience seems to be one that’s shared among a particular group. White House press secretary Sarah Huckabee Sanders was asked to leave a Virginia restaurant in June and Sen. Ted Cruz (R-Texas) was similarly 86’d from a D.C. dinner spot in the wake of the Kavanaugh hearings.

Maybe the three could start their own supper club?

Speaking of Cruz: Earlier this year, he knocked his opponent in the Senate race, Beto O’Rourke, for loving fast food chain Whataburger, saying, “He’s like a Triple Meat Whataburger liberal who is out of touch with Texas values.” The attempt at an insult apparently rubbed certain Texans, who adore the burger joint, the wrong way. Now, filmmaker Richard Linklater is giving Cruz a taste of his own medicine, dragging Cruz and his apparent love for White Castle in a new political ad, which you can watch above.

While it seems we rarely heard about food policy from the government, this week we got some hopeful news. On Thursday, the U.S. Department of Agriculture, the Environmental Protection Agency and the Food and Drug Administration announced the signing of a joint agency formal agreement under the “Winning on Reducing Food Waste” initiative. The agreement intends to improve communication across federal agencies attempting to better educate Americans on the importance of, you guessed it, reducing food waste. According to the USDA’s Economic Research Service, anywhere from 30 to 40% of the food supply in the U.S. is wasted every year.

“An unacceptable percentage of our food supply is lost or wasted,” said Secretary of Agriculture Sonny Perdue in a statement. “As the world’s population continues to grow and the food systems continue to evolve, now is the time for action to educate consumers and businesses alike on the need for food waste reduction.” We’re looking forward to seeing the solutions this team comes up with.