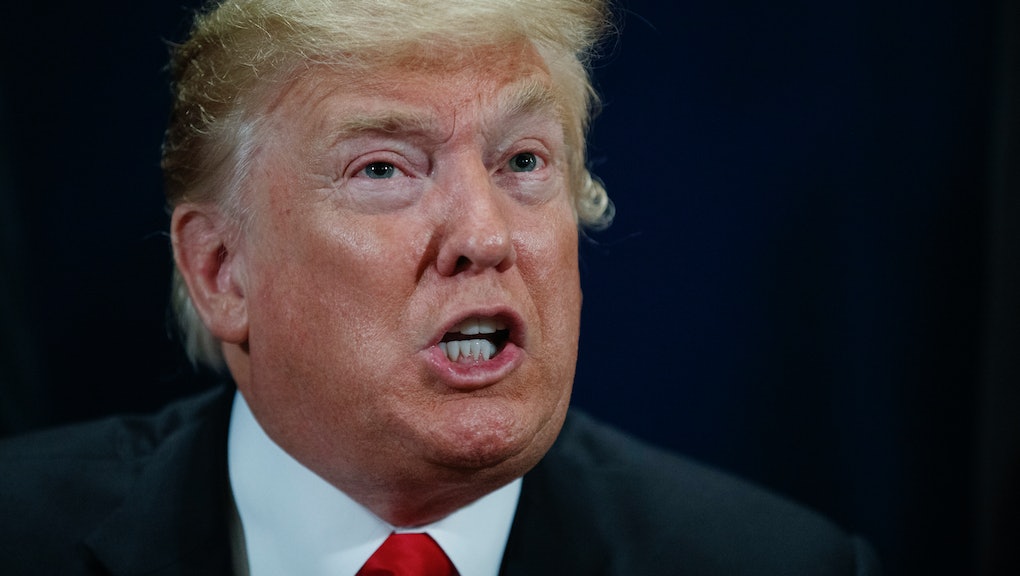 Trump believes Saudi explanation for Khashoggi death is “credible.” Not many others do.

President Donald Trump on Friday said he finds Saudi Arabia’s explanation for the death of a dissident journalist “credible,” putting him at odds with his own intelligence agencies and some members of his own party.

“I think we’re getting close to solving a big problem,” Trump told reporters Friday, adding that the kingdom had taken a “big step” in acknowledging the death.

When asked if he found the Saudi regime’s explanation for the death credible, he replied: “I do.”

The Saudi government on Friday admitted that Jamal Khashoggi died at their consulate in Istanbul, but claimed that he died in a fistfight — contrary to the Turkish government’s contention that the Washington Post columnist was killed and dismembered at the direction of the kingdom’s leadership.

Five high-ranking officials in the Saudi government were fired Friday and 18 were arrested in connection with Khashoggi’s death, according to reports.

The White House said Friday it would “closely follow” investigations into the killing.

The United Nations has called for an independent, international probe into the death, citing concerns with the credibility of Saudi Arabia, Turkey and the United States alike.

Khashoggi disappeared Oct. 2 after entering the Saudi consulate in Istanbul to retrieve a document for his marriage.

Turkey has maintained that a Saudi hit squad brutally murdered the journalist, but Riyadh has continuously denied wrongdoing.

Trump, who has significant business interests in Saudi Arabia, has defended the kingdom — a key American ally in the Middle East for over 70 years, despite its poor human rights track record. He also appeared to accept the kingdom’s repeated denials of culpability.

But amid growing pressure at home and abroad over his soft posture toward Saudi Arabia, Treasury Secretary Steve Mnuchin withdrew from a high-profile investment summit scheduled to begin in Riyadh later this month, and Trump on Thursday seemed to warn that there would be “severe” consequences for Riyadh if it was found responsible for Khashoggi’s death.

While he is still suggesting some sanctions against the regime might be possible, according to the New York Times, Trump also appears satisfied with the Saudis’ explanation.

But U.S. intelligence agencies have reportedly become increasingly confident that the Saudi regime, particularly Crown Prince Mohammed bin Salman, had directed the killing — a view at odds with the Saudi narrative put forth Friday.

Lawmakers on Capitol Hill, including some of Trump’s Republican allies, have also expressed distrust of the fistfight explanation.

“To say that I am skeptical of the new Saudi narrative about Mr. Khashoggi is an understatement,” Sen. Lindsey Graham (R-S.C.), a staunch Trump ally, tweeted Friday evening. “It’s hard to find this latest ‘explanation’ credible.”